As with most industries in capitalist societies, the imperative of profit-making and lack of independent monitoring enables a system of abuse and exploitation. When lacking oversight, or dealing with an unregulated product or service, we find examples of abuse of power, an unfortunately the exploitation of vulnerable people. These abuses of power happen behind closed doors, perpetually unnoticed until someone opens it wide for the public to see.

Initially, Kapil Nayar was not expecting to walk into such a story. Having just started working as a professional counsellor, Kapil expected to be developing a career in drug recovery. After receiving a to-good-to-reject offer for work at Liberation Way, a private rehabilitation facility in Pennsylvania, he began to notice some worrying discrepancies and increasing breaches of ethics. Unaware of what he was getting involved in, he began to document what he was seeing everyday. This log would prove incredibly useful in bringing down this fraudulent business model. TalkingDrugs spoke with Kapil about his experiences.

Could you start by telling me how you got involved with Liberation Way, and how the job and the company was sold to you?

As transparent as I can put it, I was poached and manipulatively preyed upon by its owners. It all started initially when I met one of the (soon to be) owners while working at a non-profit substance use disorder facility. My first meeting with the owner was the interview for the job. After hearing them out, I hesitantly and naively took the role after they rattled off a host of false promises, and romanticized the vision of their operation. Specifically, they did the big Pharma routine: they took me out to dinner, promising that if I signed on, they would promote me very quickly, pay for my licensure fees, pay for continuing education credits, guaranteeing that my commute would be 15 minutes, and further amenities. They offered a brand new laptop upon signing on, promising to pay for my gas for the commute to and from work, and guaranteed that their operation would flourish, growing my success within the field.

They offered a host of catch phrases from the beginning, that they are “pioneers in the industry,” that they are “the Steve Jobs within treatment, offering the latest Apple product”, that being their method of treatment. Furthermore, they reiterated that this is going to be the new innovative line of care moving forward. Pushing agendas of “individualizing treatment,” eerily paralleling the Sackler’s push for “individualizing the dose.”

Could you talk to me a bit more about the breaches in ethics that you witnessed?

Most abundantly, the main breach was the over-use, misuse, and abuse of urine drug screening. There were a host of issues with regards to the urines that were collected. This specific facility would ship all urine specimens to a lab in Florida (from Pennsylvania), a very long journey. Typically, urine was being taken from patients 3-5 times per week, which was beyond excessive. As I continued to investigate their reasoning for sending these drug tests to Florida, I found they were re-running screens (to double bill), and also billing for specific allergen tests. Knowing that there is no evidence correlating substance use and allergies, I looked at their billing practices and noted that the specific billing code they were using for this specific allergy test had a high reimbursement rate. This led me to coin this whole operation as “billing centred care” as opposed to “client centred care”.

From there everything else unravelled, from brokering, to clients reporting they were being paid to be in treatment and remain there at the facility in treatment, to potentially providing clients their drug of choice prior to admission to manipulate the insurance system. Here in the US, to cover a patient’s stay, we often have to call patients’ insurance providers and petition them with justifications for them to receive the needed treatment and have it reimbursed.

I saw Liberation Way’s owners and operators blatant lying to and manipulating overseeing accrediting bodies. This was all done to not allow anything to disrupt their “business of billing” model of operation.

Lastly, I discovered this practice of creating a sham non-profit that served as a decoy. Funds from which would be used to purchase premiums for folks that couldn’t afford commercial insurance. All the while, the company’s marketers were directing those in need of care to purchase specific commercial based insurances, knowing that they would receive higher reimbursement rates and generate more revenue from the care they were providing.

This system is a form of legal money laundering through loop-holes that enabled double dipping by treatment operators, generating millions within fiscal calendar years of operation. This incentivised the owners to access private equity’s attention to potentially sell the facility as real estate. This offered an opportunity for those involved to amass a fortune (as each operator has stock in the company), while they “rinsed and repeated” the cycle and franchise across the nation. 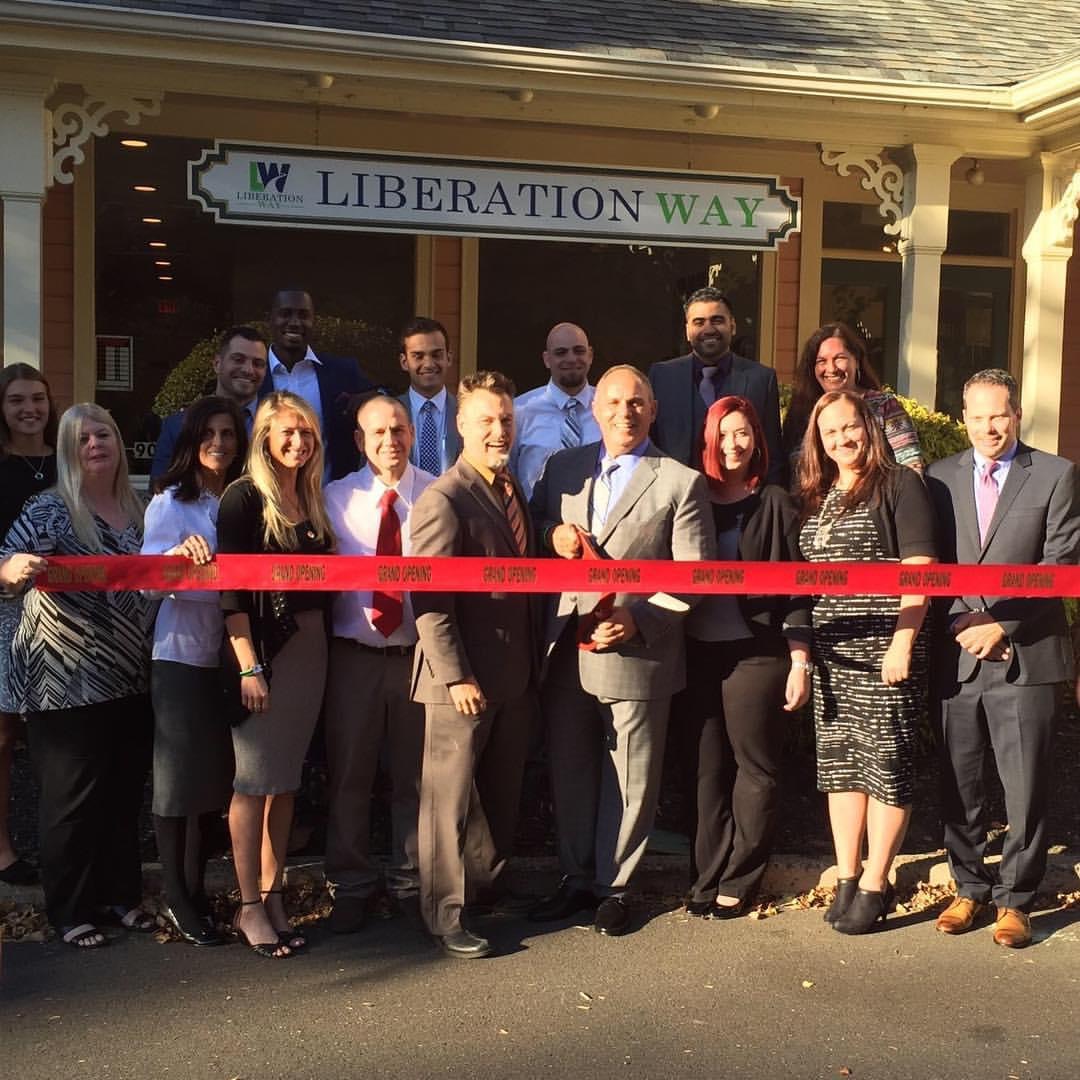 The original Liberation Way team, with Kapil Nayar in the back row, second from the right

What caused you to snap and decide to whistle-blow on this operation?

From the beginning of my time at this organization, something did not feel right about this facility. Nothing they were doing had me feeling genuinely satisfied with the services that clients were receiving. I had a lot of angst around my career, my family, and the well-being of clients that were in this facility. There were a host of things that had me very concerned. My own ethics are what pushed me to snap. I reached out to mentors shortly after the licensing bodies gave full approval of the facility. My mentors got me in touch with documentary producers, who connected me with reporters. I ran wild reporting everything from that moment forward as this was a social justice that the public needs to fully be aware of. My movement escalated once I saw the recidivism of folks revolving in and out of this facility at all levels of care. I genuinely began to feel like this was a disservice to clients, which put them in jeopardy as there were a number of overdoses at the facility. While reporting everything, I was put in situations where owners would direct me on an unethical trajectory for the clients’ least interest, which broke all faith I had with the facility and its operators.

What was the media fallout from this story?

For the most part, this entire story has rippled out and continues to do so. From the immediate report, a grand jury investigation took place. The Attorney General of Pennsylvania, Josh Shapiro, publicized findings as they were corroborated along the way. Journalists that I was in touch with who worked with media outlets like The Reading Eagle (paywall) and The Morning Call, reported on the charges and investigation. Thereafter, The Inquirer picked up the story as well.

The investigation connected the operation to states like New Jersey and Florida. The 11 owners and operators, along with 8 other businesses, were indicted, with charges and heavy fines. To my knowledge, further investigations are currently happening to connect to a network of operators that are practicing similarly.

From all of the events within this story, there is a clear interstate connection. Here in the US, the motif of these bad players having no interest in efficacy, but rather profiting on the backs of those sick and suffering echoes. From this, a recurrence of a carcinogenically metastasizing model of care spreads across the country.

On a more macro level, there is a systemic issue with the privatisation of health care and coverage. Privatisation of healthcare and commercialisation of insurance is a faulty blueprint that started here in the United States, and in my research, is evidently spreading to other parts of the world (for mental health treatment, substance use disorder treatment, and medical treatment). My family in India confirmed that this is what is occurring there; I have colleagues in China stating that they are seeing the same phenomenon of private commercial insurance coming into their market. Friends in the UK and extended family in Toronto told similar stories.

It almost begs to question, is this the ‘second wave’ of the Sacklers’ monopolisation of their engendered epidemic on a global level? 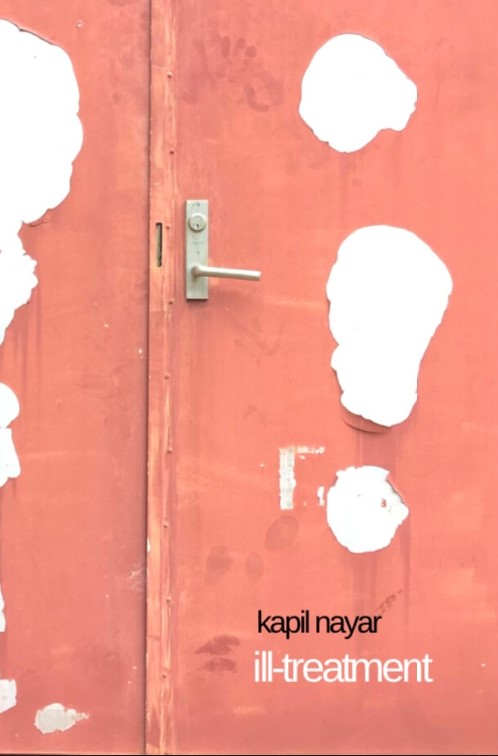 Kapil is currently looking for an agent to publish his forthcoming book, Ill Treatment, on his experience cracking open the Liberation Way privatisation of care. Until then, you can listen to his podcast here, and check out his website here.