Paula is a lawyer with more than five years of experience in human rights. Photo: Francesca Brivio

Continuing a collaboration with Proyecto Soma, TalkingDrugs has had privileged access to high figures within the Latin American drug policy world.

She mentioned that she regretted studying law in her university life. That she felt trapped in a cage due to the strict and conservative perspective of the law. But today, Paula Aguirre is the director, in Colombia, of Elementa DD.HH. (Elementa Human Rights), a multidisciplinary and feminist team focused on “the creation of viable legal scenarios” and political advocacy to strengthen human rights in processes of truth and reparation and, particularly, in drug policies.

It was precisely human rights that kept her in the world of law. But perhaps, above all, in a world of change, transformation and correction of laws. “Human rights allow us to play with a world of rules that are not limited only to the national,” explains Aguirre. “In our countries, we usually have legislative systems that can be strict on certain issues, but when we start working with international human rights, instruments, ways, doors, options, and alternatives appear.”

Ways, doors, options and alternatives. That is what Elementa DD.HH seeks to build to replace the failed drug policies that, in Colombia, have had immense consequences. According to the Truth Commission, the paradigm of the war on drugs in that country has not only been incapable of having “effective results in dismantling drug trafficking as a political and economic system”. But also, it has added “an enormous number of victims in the frame of the internal armed conflict” and “activated narratives of criminalisation of populations and territories that justified violent operations.” This diagnosis could be applied to the entire Latin American region.

What new things did you learn about the law when you started working on drug policy?

That it is bullshit. It's hard. In drug policies, one realises that the law is insufficient. We need a lot of other disciplines. I have learned chemistry, biology, sociology, and anthropology. We have to feed off a lot of different fields that don't always talk to each other. And it's time to learn how to put them into dialogue to use them in practice.

How should we understand the need for drug policy reforms?

We start with the recognition that the war on drugs has directly impacted people's human rights. It's not just something we don't like. In our countries with historically discriminated populations, it has aggravated circumstances that are already bad. The reform of drug policies aims to generate a guarantee of rights and, additionally, to repair. Because it is not simply about changing them and starting with a clean slate, but we have to talk about a drug policy that repairs the damage it has caused for over fifty years.

The construction of viable scenarios implies playing with what is available, understanding the context of a country or a political region and, legally speaking, seeing what that country offers to transform it. Obviously, Uruguay has been an example in the region. However, Colombia has the potential to do so: it has the knowledge, the experiences, and the suffering; it has killed people. But, politically and legally, it has already advanced a path in terms of jurisprudence. So we have spectacular judgments that pave a promising route for us. 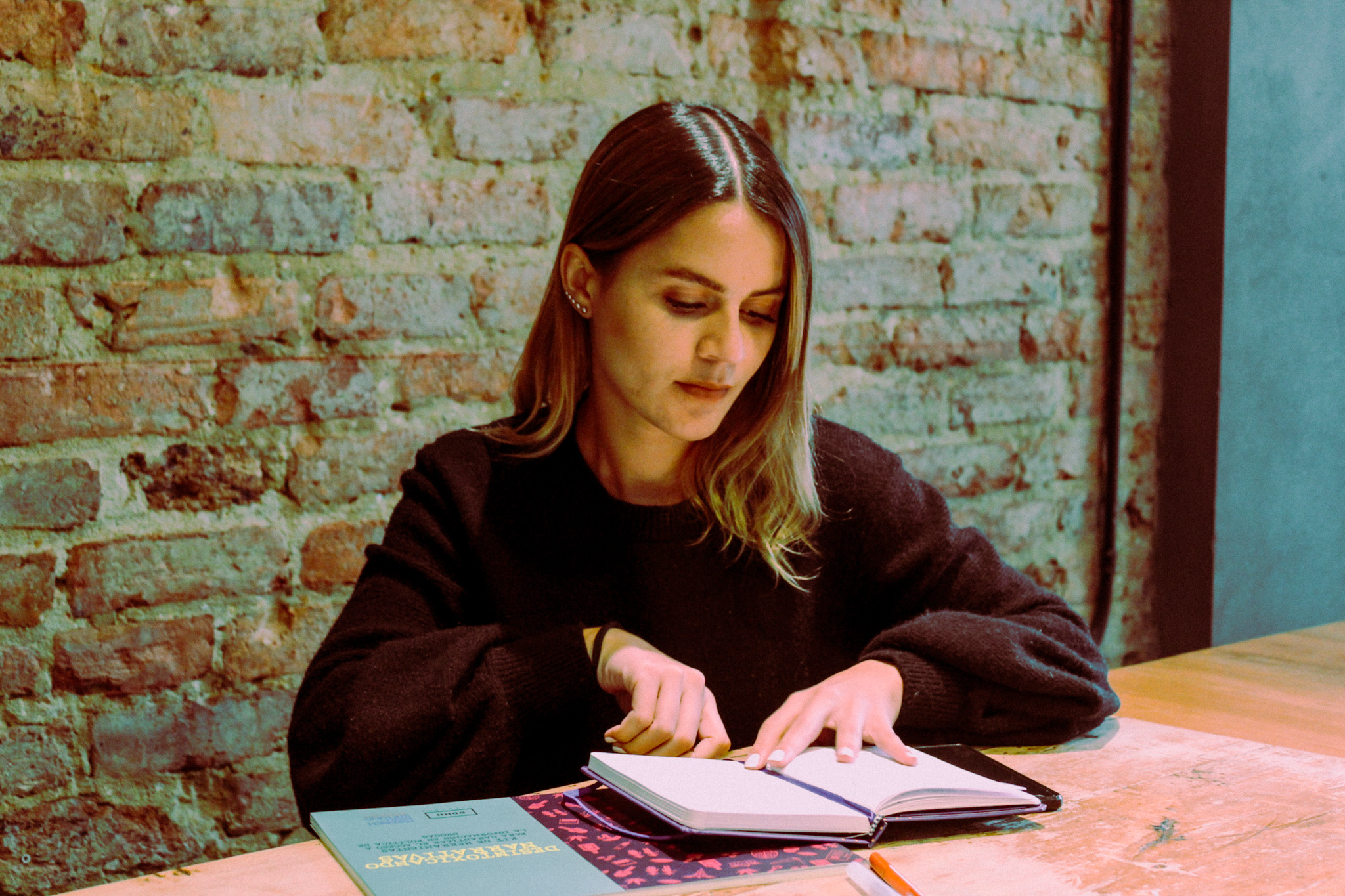 Elementa is a multidisciplinary and feminist team that works with a social, judicial and political focus to build and strengthen human rights in the Latin American region. Photo: Francesca Brivio

An x-ray of drug policies in Colombia during the last government of Iván Duque was recently published. What are the conclusions that would be useful for other Latin American countries?

We realised that, in economic terms, one of the pillars of his public policy which only focuses on the reduction of crops, represented 95% of the total budget for that public policy. The message for the rest of Latin America is: let's stop spending money on strategies that don't work and have no real impact on transforming the communities affected by the war on drugs!

It is 4.2 billion pesos, an utterly ridiculous figure spent over 4 years supposedly to meet a goal of reducing hectares of coca crops that, in real terms, has no impact. Year after year, we had a president who told us, “this year, we reduced the crops; we already have fewer crops.” What's going on? During 2018 and 2022, there was an increase in cocaine production by 108 tons. We have to change the measures and indicators with which we measure the success of drug policies. We cannot continue to measure drug policies, particularly in cultivating countries, in hectares just because the gringo certification in the fight against drugs depends on that.

The evidence of the failure of the war on drugs exists widely. The organisations working on drug policy reform have made evidence their primary tool. However, things do not change. So what is the real power of evidence?

It should have more power than they do because it's been around for years and it's corroborated, corroborated, corroborated, but still unused. The power also rests on whom we give the evidence to use it. We, for example, have a very particular case. There was a congresswoman from the ruling party, from the right wing. She was a young congressman who could perfectly change her position if you gave her evidence. And that led to her being one of the greatest allies in the debates for drug policy reform. So it's no use giving the evidence to someone who doesn't care about it. Nowadays, we can't just send a paper to be read because people don't like to read anymore; we have to think about how fast the evidence can get into people's heads so they can use it in actions or policies public.

A huge one. For instance, they could play a role in a regulation that genuinely includes the people affected by the prohibition. The regulation of medicinal uses of cannabis has many companies here in Colombia, with a lot of foreign capital, but now we are asking that the business people include the peasant from the region where they came to grow their marijuana crops. In addition, the sales should include taxes to repair the people affected by the war on drugs. Finally, there has to be a single recipient: the people of the communities affected by the war on drugs.

In Elementa’s reports, you have recently discussed the milestone that the minimum dose law established in Colombia. However, all the statistics indicate that in all the following years, there has been the same criminalisation of users. Is it a legislative milestone when in practice, criminalisation has remained?

Yes. It is a milestone, a change and an example. Every time I talk about drugs in another country, they ask me about that sentence. But I believe we cannot leave the change only to legislators or decision-makers. We have to take ownership of the changes and our rights because we cannot think that just because the sentence exists, they will comply with it. Of course, we would like it to be this way, but we have to know the rights we have in order to appropriate them and validate them in practice. I am not saying that now the responsibility lies with the person who consumes, but it is a whole. It is about the possibility of appropriating our rights so they cannot take them away from me. Even so, we believe that there must also be massive changes in the institutions, particularly in the police, which is the institution that comes face to face with the person who uses drugs.

A lot of experience related mainly to the South American phenomenon of having high numbers of crops and how we have been seen and stigmatised for decades for having plants. Doors have been closed to us, and they judge us when we go to other countries. It still happens at airports and in immigration, just for being Colombian. No one like Latin Americans can understand what it means to be stigmatised for being from a reality tied to the existence of wonderful plants with enormous potential. There I also believe that there is a huge opportunity and a lesson. In other words, we have Colombia, the country with the highest number of coca leaf crops, and we know very little about the coca leaf in research.

What is your analysis of the position regarding the drug policies that President Gustavo Petro is promoting at the national, regional and international levels?

President Petro's position demonstrates not only an acknowledgement of the need to turn drug policy around, but it also has a narrative oriented towards the reality of the damage that the war on drugs has caused in Colombia and Latin American countries with disproportionate effects on specific populations that have historically been discriminated against and oppressed. Now, it’s important that Latin American allies join this position because, finally, the ideal would be to have a kind of 'team' or 'united bloc' in favour of reform and even the revision of international treaties.

What is Latin America missing in its understanding about global drug policy reform?

We must respond to the international reality. We must understand that the paradigm is changing, and that is not fair for us to fall behind. The community that consumes, that cultivates, the international community, are all shouting at us, and it is not worth losing our chance to join this change that is taking place internationally.

*Raúl Lescano Méndez is the Editor and Cofounder of Proyecto Soma, a harm reduction group based in Peru. You can find their work here, and on Instagram, Facebook and Twitter.