Some 3,060 of these deaths were related to “drug misuse”. This is a broad term that usually refers to the non-medical use of a range of drugs including cocaine and heroin.

During the pandemic there were reports of deteriorating mental health and anxiety and loneliness in particular. Some people will have turned to drugs to try to cope, which is likely to have contributed to the rise in drug deaths seen in 2020 and 2021.

Drug deaths are not spread equally. The north east of England continues to have the highest rate of deaths due to drug misuse at 104.1 per million, compared with the east of England with 27.4 per million. We know there’s a strong association between social deprivation and problems with drugs.

As we continue to see the same trends year on year, it’s well and truly time for the UK to reconsider its approach to this crisis.

In the past, government ministers have suggested that the rise in drug-related deaths is due to an ageing cohort of people who use heroin. That is, the complex physical conditions these people often have are driving the record numbers of deaths.

While this may have some basis in fact, it shouldn’t be accepted as inevitable. Some academics have challenged this idea, arguing that improvements should be made to the way this group accesses help with their physical problems.

It’s also worth noting this “ageing cohort” falls within the 35-to-49 age bracket. While we’ve seen rising life expectancy in the rest of the population, this group are dying decades before they should.

One example of where government could make a positive impact and reduce drug-related deaths is in the criminal justice system. A recent report commissioned by the Department of Health identified that too many prisoners are released without any after care organised.

While in prison these people will have become abstinent or been provided opiate substitutes such as methadone. Prison release can leave them vulnerable to accidental overdose and potentially death without adequate follow-up care. The government should ensure this is in place.

Indeed, opiate substitution treatment, which usually involves prescribing drugs like methadone or other opiates to substitute for heroin, is the most effective way of reducing drug-related deaths. Yet the number of people entering treatment for problems with heroin has fallen 52% in the UK over the past decade.

Other measures that could save lives, such as overdose prevention services where people inject illicit drugs in a safe and supervised space, continue to be opposed by the UK government. This is despite a successful pilot in Glasgow, and calls from multiple public health bodies and experts for these services to be trialled.

The ability of drug treatment services to address health harms faced by people who use drugs is compromised by the government’s continued desire to get tough on drug use. There is clear evidence that ratcheting up punishment has no impact on overall drug use or the harms associated with it.

Pleasingly, a new ten-year drug strategy from the UK government includes the ambition to reduce deaths by 1,000. Yet there is little detail about how this will be achieved.

It does promise £533 million for comprehensive drug treatment and harm reduction services in England over the next three years. However, rebuilding a system that has been shattered by a decade of austerity will be a challenge, particularly recruiting skilled staff. 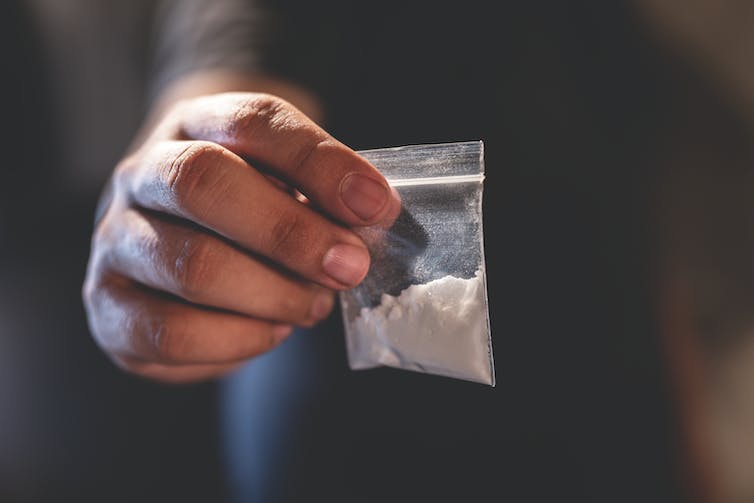 Drug deaths in England and Wales rose again in 2021. Source

A look at Scotland

Scotland’s national records office recently reported a slight fall in drug-related deaths after years of increases, down by nine people to 1,330 deaths in total in 2021.

An encouraging sign of how urgent the Scottish government views this issue is its establishment of a national taskforce on drug deaths. A report published by the taskforce in July made a number of recommendations. These include ensuring that drug treatment is on a par with treatments for other health conditions, that families and those with lived experience have a say in how drug and alcohol services are organised and delivered, and that the poverty that underlies so much problematic drug use is addressed.

The Scottish taskforce also produced standards for medication-assisted treatment, which will fulfil the 2016 recommendation from the UK Advisory Council on the Misuse of Drugs to invest in opiate substitution treatment of optimal dosage and duration.

The UK more broadly would be well-served to look to Scotland’s example in prioritising action on drug deaths. So far there has been no mention of the drug deaths crisis by the two Conservative candidates in their campaigns to become the next prime minister of the UK.

Expert and parliamentary bodies have repeatedly called for a new approach to the drug death crisis. This would involve decriminalisation of drug possession and scaling up of effective opioid substitution therapies. It would mean expanding harm reduction services, including drug checking and overdose prevention centres.

Public health officials and treatment providers are ready to implement these measures. The new drug strategy provides some of the money needed. Ministers should have the courage to face down tabloid calls for ever increasing punishment of people who use drugs, and instead take steps that will actually save lives.