Berlin Has Acknowledged the Futility of Fighting Cannabis Use – What Comes Next? In October 2017, authorities in Berlin repealed their zero tolerance policy towards cannabis possession in a city park – bringing cannabis legislation into the headlines, and reigniting the debate. So what exactly is happening with cannabis in the German capital?

In April 2015, Berlin authorities introduced a zero-tolerance policy on cannabis possession in Görlitzer Park – affectionately referred to as Görli – in the Kreuzberg district. Authorities decided to crack down in Görli because it had “become a symbol of drug selling in Berlin,” according to the mayor of Kreuzberg, Monika Herrmann. Due to its location, in between two of Berlin’s party hotspots, the park had become known as a “24 hours drug supermarket”, Herrmann added, attracting tourists and locals alike. People who wanted to smoke in public or sell small amounts avoided Görli and went elsewhere in the city; the approach simply resulted in a shift of sale and consumption areas, and a rise in law enforcement costs.

This made the park the only area in the city in which Berlin’s narcotics law was fully enforced. Officially, the cultivation, possession, and trade of cannabis are criminal offences in Berlin. However, if someone is found to be carrying up to 15 grams of cannabis, they are very unlikely to be prosecuted – unless they are deemed to be promoting cannabis use to minors. 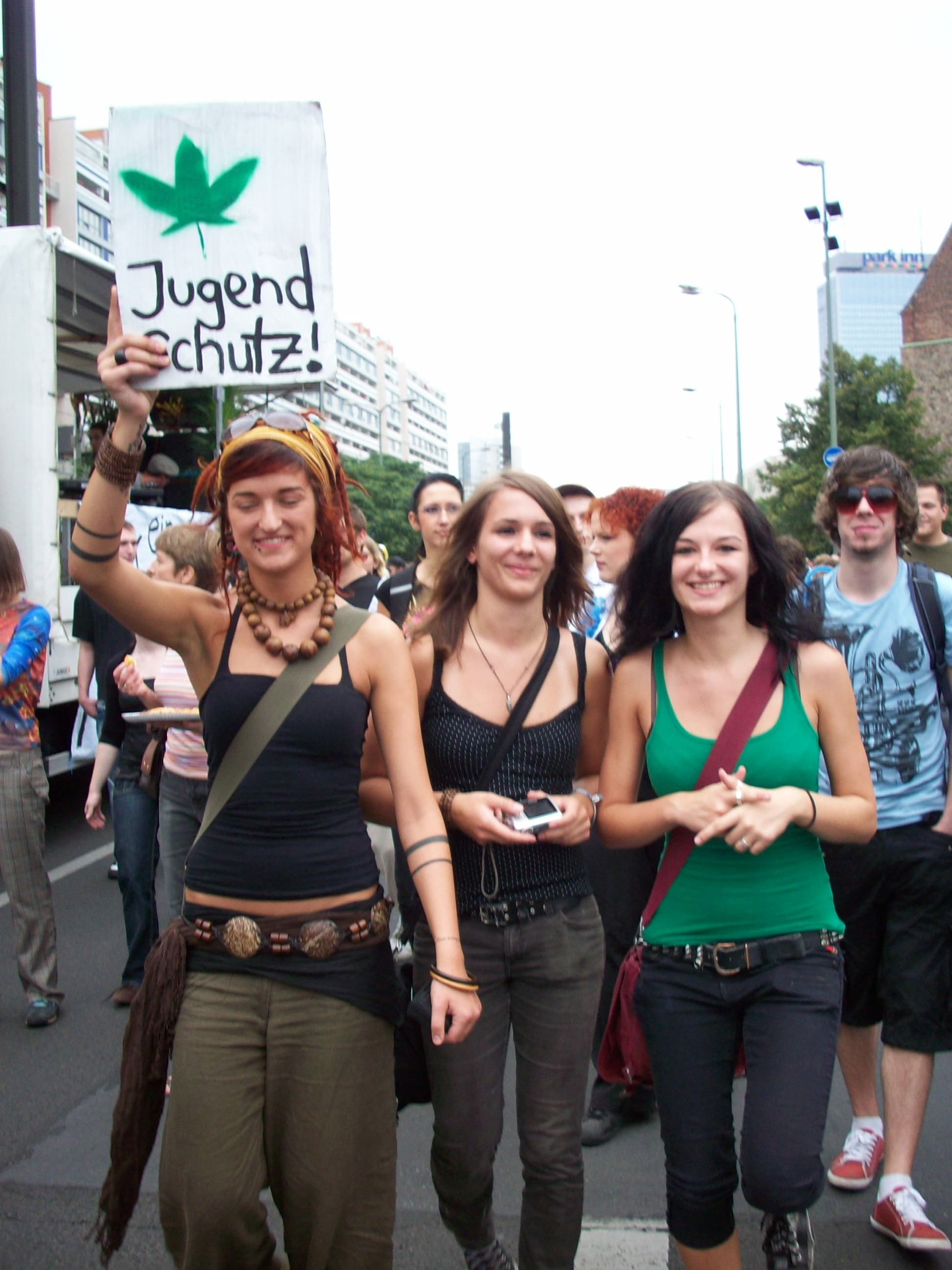 A demonstration in favour of cannabis law reform in Berlin (Source: Flickr)

In October 2017, authorities realigned the cannabis policy in Görlitzer Park with that of the rest of the city by halting the criminalisation of people for minor possession. Officials are now opting for a compassionate approach to people who use, and to people who sell, cannabis in the area.

Authorities have now adopted a new “mediation initiative” in the park to improve community relations between local authorities and people who use and sell cannabis in Görli. According to park manager, Cengiz Demirci, “park-walkers” and social workers encourage dialogue and communication among all park users, including those who sell drugs, and encourage people to utilise free sports facilities and attend social events. This move to facilitate social inclusion may be particularly needed in Görli, as many people selling cannabis there are undocumented immigrants or refugees with no legal income alternatives.

The discussion around Görli has reignited the debate around cannabis law reform in Berlin, particularly in Kreuzberg – which is famous for its diverse, alternative population and flourishing party scene. A push by Kreuzberg officials to implement a regulated cannabis trade in the district through Amsterdam-style coffeeshops has been refused by federal authorities twice in recent years. Discussions on city-wide cannabis regulation are currently taking place among members of Berlin’s coalition government, and political support for reform appears to be growing. If and when concrete policy changes will take place remain unclear.