Albanian Mafia: The Dangerous Myth that Distorts Our View of the Global Drugs Trade Over the last few months, if not years, the UK media has reported claims by law enforcement authorities of an upsurge of serious, complex criminality conducted by Albanian organised crime groups, often referred to as the “Albanian mafia”.

These gangs have been linked specifically to human trafficking from the Balkans and increasing violence in the drug trafficking underworld. Indeed, these groups seem to have conquered substantial territory especially, but not only, in the cocaine trade, with reports by the National Crime Agency (NCA) declaring that while Albanian groups make up only a small (0.8%) percentage of organised criminals in the UK, they play a disproportionately large role in the country’s cocaine market.

The NCA has also confirmed that the engagement of these gangs in human trafficking is particularly worrying and that it involves mostly victims from Albania or neighbouring countries, usually lured into travelling to the UK with false promises of jobs. While there is no evidence to suggest that the groups involved in the drug trade, especially cocaine, are the same groups involved in human trafficking, the authorities do not hesitate to talk about Albanian criminal groups as poly-crime networks, committing a range of serious offences.

Without dismissing the plight of the victims of human trafficking or intelligence agency analysis of the drugs trade, what we are witnessing here is another example of how a myth is created, constructed and then perpetuated.

In this case, it is the “mafia myth”, a specific construction of an underworld where ethnicity is the prime characteristic of an “other” that is on one side feared and on the other glamourised.

The mafia myth is often linked to better-known organised crime groups, such as the Italian, Russian and Japanese mafia. When these groups are called by their specific names, such as the Sicilian (or Italian-American) “cosa nostra”, the Calabrian “’ndrangheta”, the Russian “bratva”, or the “yakuza” in Japan, what they have in common is the fact that they evoke images of secretive organisations, engaging in crime, violence and corruption. Crucially, the organisations seemingly are built on shared traditions, norms, values and rituals rooted in the common ethnicity of the individuals within them.

And so while organised crime is mostly a market or activity-based phenomenon (engaged in drug trafficking or people smuggling, for example), when we read about mafias it is often, if not always, with reference to ethnicity: the Italians, the Russians, the Chinese, the Japanese, the Turkish – and, currently, the Albanians. The mafia label is often applied to tight ethnic groups that have an honour-based culture and are particularly attached to family structures, such as the Albanian Kanun. 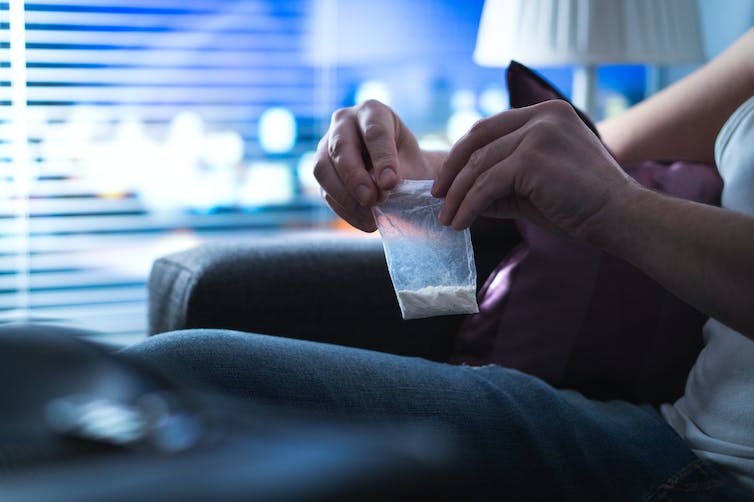 Who is really behind the cocaine business? (Shutterstock)

Excellent fieldwork conducted by academics, including interviews with offenders, judicial cases and ethnographic accounts, has already shown how criminal Albanian groups actually lack coordination when acting abroad, such as in the US, Canada, Australia and the UK. In most cases, they also lack direct connections with criminal groups in their country of origin.

Albanians operating in the illegal drug trade also work with other groups, such as ’ndrangheta clans and chapters of the Hells Angels. While it is certainly possible that some Albanian offenders have direct access to drug (and especially cocaine) producers in countries such as Bolivia and Peru, these groups are mostly connected to the distribution, rather than the trafficking, of drugs. This means that they often deal in cocaine after it has arrived through the relevant ports of entry, and rely on agreements with those groups who handle the actual trafficking, such as the Calabrian ‘ndrangheta clans.

There is widespread confusion over the role of traffickers and those who distribute drugs once they have been smuggled into a country. And this is understandable – it is a complex network. But those who receive the drugs and distribute them to other vendors, within or outside their own networks, are also the most visible and face the greatest risks. They are the ones who deliver drugs and deliver them fast, even when this means operating through intimidation and violence when dealing with rival groups trading the same or similar products.

Albanian networks have been referred to as being particularly reliable operators in the chain. But their ultimate significance in the drugs world should be questioned. While obviously important, they still depend on the traffickers who source, organise and ship the drugs first.

To a degree, the idea of a highly organised, global Albanian mafia remains a myth that creates negative stereotypes about, and animosity within, the global Albanian migrant diaspora. It also misses the point that the global criminal underworld is often a combination of complex opportunity structures and a delicate equilibrium of different roles, which are played by a huge variety of individuals. Shared ethnicity might facilitate or enable this to some extent, but it certainly does not create it.