The debate around Sweden’s zero-tolerance drug policy has been reignited in recent months, due to the approach’s failure to reduce drug deaths.

In addition to opioids, an increasing number of deaths in the country has been attributed to cocaine.

The Swedish government claims its strict legislation is aimed at reducing drug use, but that may be on the rise too. Recent government data indicates a slight rise in cannabis use among young people, while “ecstasy” (MDMA) use is also on the increase – according to Swedish publication, The Local.

Under the Penal Law on Narcotics – the backbone of Swedish drug policy - possession of drugs for personal use continues to be criminalised, and can be punished by a fine or prison sentence. The country's national broadcaster, SVT, found that a majority of political parties in the government's Committee on Health and Welfare now supports reevaluating this approach.

The undertaking of such an evaluation been endorsed by representatives of the Liberals, the Centre Party, the Sweden Democrats, the Christian Democrats, and the Left Party, but neither party from the ruling coalition - the Social Democratic Party and Green Party – have agreed to the review.

Michael Anefur, a Christian Democrat MP, said “It has been a long time and we should evaluate the law and also consider how things look in other countries. Over the past 30 years, views on drug dependency have shifted from being seen as a sign of mental weakness to an understanding that it is a disease.”

Over 20 lawyers from around the country have gone a step further, and implored the government to make a specific change: decriminalise the personal possession of drugs. In an open letter, the group of lawyers said the current approach “causes great damage [and] directly counteracts our high ambitions for public health and welfare in society”. 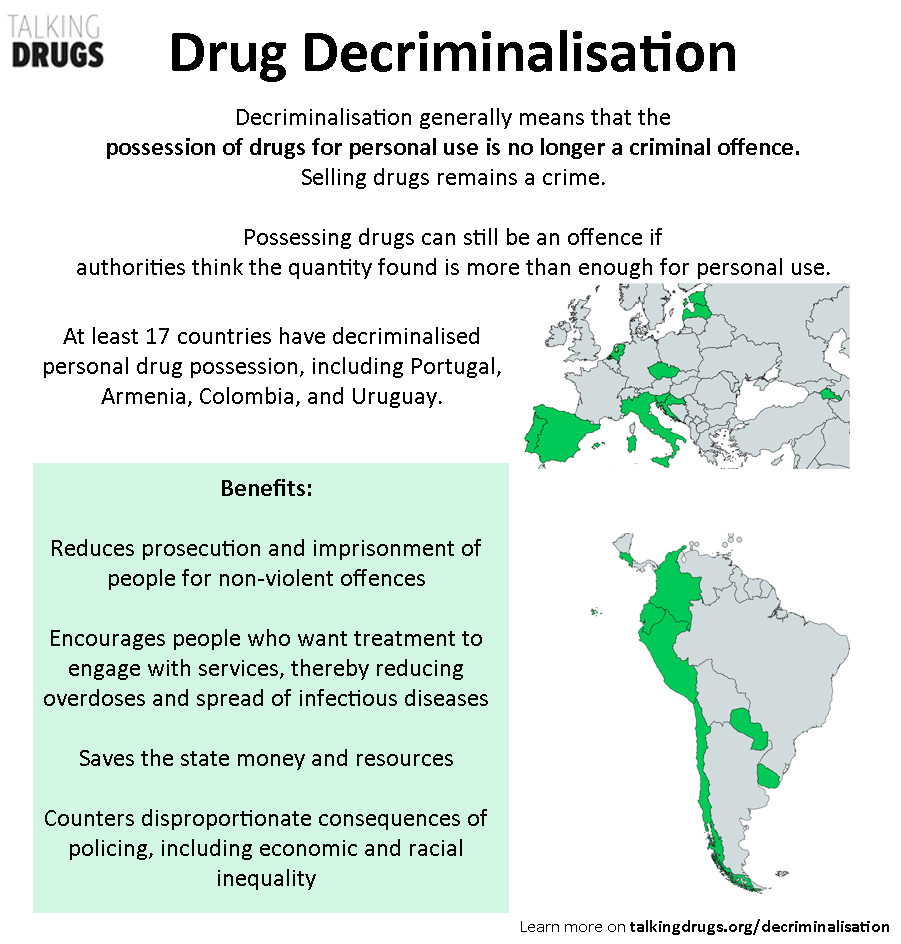 “In our society, drug users are subjected to enormous stigma. They are driven [away] from care efforts and instead they are brought closer to antisocial groups that reinforce a criminal identity", the letter continues. "They are [treated] as criminals who are to be punished instead of properly receiving adequate care in hospital or treatment.”

The letter goes on to call for policies centred on healthcare and harm reduction.

Harm reduction measures – even some of the most basic methods – are not being implemented in Sweden. Despite the large number of opioid-related deaths, the government has failed to introduce evidence-based health policies that could swiftly reduce the number of lives being lost among people using heroin.

The government has refused to permit the opening of life-saving drug consumption rooms (DCRs), which prevent overdoses by allowing people to consume drugs in safe environments, and does not permit the distribution of take-home naloxone. Naloxone is a safe and cheap medication that reverses opioid overdoses, and is recognised as an Essential Medicine by the World Health Organisation.

Elsewhere in Scandinavia, harm reduction measures have proven more acceptable among policymakers.  Across the Øresund Strait in Denmark, numerous DCRs are now in operation – including the world’s largest. Meanwhile in Norway, the government recently announced it would introduce heroin-assisted treatment – whereby people who use the drug are administered it in a clinical environment.