Voters in Guinea-Bissau hope a recent election will end political deadlock in the country, where leaders have failed to tackle a thriving illegal cocaine trade.

The election, held on March 10, came amidst long-running disagreement in the West African nation between the government, parliament, and President Jose Mario Vaz - which had paralysed the parliamentary process for making new laws and implementing budgetary proposals.

Guinea-Bissau was a Portuguese colony until as recently as 1974, only achieving independence after 11 years of armed struggle and a socialist-led military coup in Portugal itself. The country has endured political unrest ever since, bearing witness to a civil war, four successful military coups, a further 16 attempted coups and a presidential assassination. At $3.3bn, Guinea-Bissau has among the lowest GDP of any country in the world and placed 13th lowest on the UN’s 2018 global Human Development Index. More than two thirds of its population live in extreme poverty.

Against this backdrop, in the mid-2000s, South-American drugs cartels began trafficking huge shipments of cocaine via the ports of West Africa; the same ports that had been established many years before to traffic thousands of Africans into slavery in Brazil and across the Americas. The illicit cocaine trade soon became so prolific that the United Nations Office on Drugs and Crime (UNODC) referred to Guinea-Bissau as Africa’s first ‘narco-state’ in 2008. Colonial villas surrounding Bissau, the nation’s capital, were reportedly filled with wealthy Columbian cartel members who operated out in the open with virtual impunity. There was some resistance locally, aided by foreign interventions, but they lacked the scale of resources needed to be effective in stemming the flow of narcotics coming in by sea and air on a daily basis. Portugal donated two ships to help capture smugglers taking advantage of Guinea-Bissau’s complex island coastline but they often sat unused because the navy could not afford the fuel required to operate them.

Container ship in the port of Bissau (Source: Wikimedia)

However, it would not be fair to say that poverty is the only reason that Guinea-Bissau became a hot-spot for cocaine smugglers. It is widely acknowledged that many politicians, police, and military forces were in the pay of drug-traffickers and often complicit in landing drugs in Guinea-Bissau and facilitating their onward shipment to Europe. In 2008, UNODC claimed that a quarter of all cocaine consumed in Western Europe, valued at over $10bn, was trafficked through West Africa.

In their 2016 publication, Guinea-Bissau: Micro-State to ‘Narco-State’, editors Toby Green and Patrick Chabal contend that the weakness of state institutions is responsible for creating the environment where drug-trafficking flourished. They maintain that power in the region has traditionally been personalised to serve a limited grouping of “elites”. Patterns developed before colonialism and entrenched during colonial rule see power and wealth accumulated by the ruling political class acting as the conduits for income from trade, aid, and foreign finance. In Guinea-Bissau, when trade in peanuts and then cashews declined, income from the drugs trade flooded in to fill the gaps in the economy and personal wealth. It has been suggested that the assassinations of President João Bernardo “Nino” Vieira and army commander General Batista Tagme Na Waie in 2009 were tit-for-tat murders as the two competed for positions in the lucrative illicit drugs trade.

After 2009, concerted international efforts led by the UNODC and the United States’ Drug Enforcement Agency (DEA) worked to reduce trafficking, implicating several senior government and military officials. Talking Drugs reported in April 2013 on the arrest of Antonio Indjai, the head of Guinea-Bissau’s Armed Forces, for conspiring to do business with Colombian paramilitary group FARC. International action in the same month culminated in the arrest of José Américo Bubo Na Tchuto, a former navy chief of Guinea-Bissau. Prosecutors claimed Na Tchuto was a “drugs king-pin” making $1mn per tonne on shipments coming into the country. The official narrative put about by state leaders is that Na Tchuto’s arrest marked the end of Guinea-Bissau’s role as a “narco-state”, with drug cartels running scared and moving operations to neighbouring regions. The reality is more likely that traffickers became more discreet, and that a substantial level of illicit trade continued. 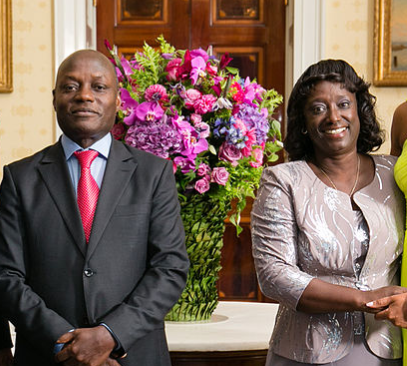 Local police suggest that the source of subsequent cocaine smuggling is largely down to drug couriers (also known as “mules”) carrying drugs on flights from Brazil, but this ignores the fact that prevention efforts are concentrated on airports because security forces simply don’t have funds to patrol coastal waters with any degree of credibility. Even the UNODC scaled back operations in Guinea-Bissau in March 2017 due to a lack of funding.

In a report for the Global Initiative Against Organized Crime published in March 2018, Lorraine Mallinder highlighted the discrepancy between the official police figure of 8.65kg of cocaine seized in 2017 and assertions by an unnamed “high-ranking UN official in Bissau” that “no less than 30 tonnes” of cocaine is still coming into the country each year. There is evidence too that local Islamic terror groups have become involved in off-loading cocaine and moving shipments of Afghan heroin in the other direction as a source of funding for their activities. It comes as no surprise that the local population of Guinea-Bissau have not gone unscathed by the sudden influx of illegal drugs in recent years; while officials claim that locals have never had access to the cocaine market, independent investigations suggest powdered cocaine and crack use has taken a heavy toll on many.

The elections in March, and a subsequent agreement to form a coalition government, offer promise of stability. In an admission that the state may not have as much control over the drugs trade as previously intimated, President Vas has used the spotlight on his struggling nation “to ask for help to fight these people because they are strong". His concerns were underscored in no uncertain terms by a seizure on the eve of the legislative elections last month of 789 kg of cocaine concealed in the false bottom of a truck loaded with frozen fish. The seizure by the UNODC and Interpol supported Transnational Crime Unit in Bissau (TCU) and the Judicial Police of Guinea-Bissau represents the largest haul of illicit drugs ever discovered by authorities in the country. Whether you view the seizure as evidence that the government is finally making progress in its efforts to curtail drug cartel activity, or a sign of its failure to do so, one thing is abundantly clear: the ports of Guinea-Bissau continue to be a major trade hub for traffickers.

All eyes are now on political leaders. The March elections passed without violence or serious incident and the people of Guinea-Bissau are keen to put the chaos of recent years behind them as they look for opportunities to encourage legitimate development and infrastructure. Will the politicians take this chance to push through long-delayed transformative policies or will the allure of the drug cartels and their billions prove too much to resist?