From Jervolino-Vassalli to 'Cannabis Light': an Overview of Cannabis in Italy According to the European Monitoring Center for Drugs and Drug Addiction, 10 per cent of Italian adults (age 15-64) reported using cannabis in 2017. Amongst young adults (age 15-34) over one in five did so.

As these are self-reported data, the real figure is likely to be higher. And anyone who hangs out with Italian youth can understand that the 20% estimate is probably on the lower end of the scale. In the 1960s and 70s, cannabis use amongst youth in Italy increased, and today it is still relatively high. As is so nearly everywhere, cannabis is the most used illegal drug.

Like most countries, Italy has witnessed a dramatic shift on the issue of drugs in general and cannabis in particular over the course of the twentieth century. At the beginning of the century, industrial hemp was not only commonplace and accepted, but accounted for a significant proportion of the country’s cultivated land.

In 1940, 90,000 hectares in Italy were still dedicated to growing hemp - a larger area than what is now cultivated in the whole world. The adoption of the 1961 Single Convention of Narcotic Drugs and the arrival of cheaper synthetic fabrics from the United States (like nylon) led to hemp's progressive disappearance. Successive anti-drug laws have helped sideline this natural resource by criminalising all “drugs” together, with little attention to the specificities of each.

The first prohibitionist laws appeared in Italy in 1923, after the international Hague Convention, and over the years the situation worsened, as the US-led prohibitionist approach started dominating the UN and therefore the world.

In 1990, to implement the ratification of the 1988 UN Convention and mimic the US war on drugs, Italy adopted one of the most prohibitionist and punitive drug laws in Europe, known as Jervolino-Vassalli. Sentences for personal possession could range from seven to 20 years in prison.

Then in 1993, after a referendum promoted by the Radical Party, personal drug use was substantially decriminalised. Despite the lack of structural application of the changes of the law, this less harsh situation lasted until 2006 when a punitive law, dubbed Fini-Giovanardi after the two members of Government who proposed it, introduced a series of new rules which increased penalties - both criminal and administrative - for drug-related crimes, including possession. Most importantly, the law rescheduled cannabis, placing it in the "hard drugs" section.

That situation lasted until 2014, when the Fini-Giovanardi was struck down by the Constitutional Court - not for the disproportionality of the law, but because of the way in which it was adopted. To fill the void left by the judges’ decision, parliament made cannabis a Schedule II drug and significantly reduced penalties, de facto decriminalising personal use.

Currently, there are nine bills on cannabis legalisation ready to be discussed by parliament, one of which is a “popular initiative”, but the government has so far refused to address the issue because the junior coalition partner (numerically, but arguably not politically) - the far-right League - is staunchly opposed to it. 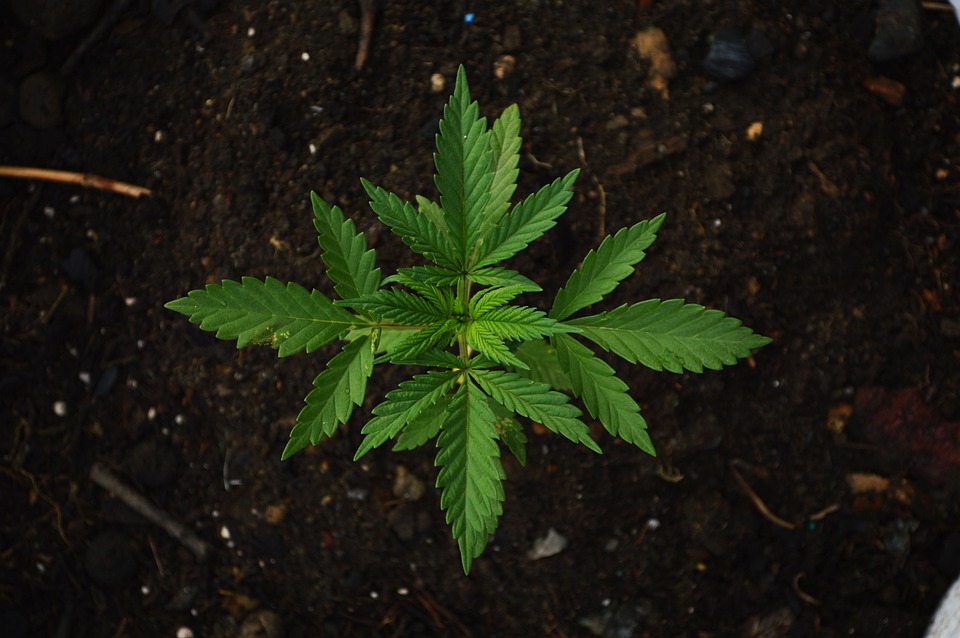 Access to medical cannabis has been legal since 2007 and none of the five governments that have been formed since then has changed the law.

In 2014, the Military Chemical and Pharmaceutical Institute in Florence was given an exclusive licence to produce cannabis flowers. The idea was to produce 300 kg per year after 12 months of pilot project. So far the production rate is only about 100 kg per year. To supply a growing demand, Italy imports cannabis from abroad, in particular the Netherlands, Germany and the UK. If the imports have been able to allow a wider access to medical cannabinoids, the high price and the bureaucratic problems arising from the international norms governing the commerce of controlled narcotics have complicated matters for hundreds of patients.

The 2017 national budget earmarked 2.3 million euros - 1.6 million to enhance production in Florence, 700,000 to increase the import of inflorescences - to try and meet the national need, officially estimated at over 1,000 kg per annum.

On June 13th, the Ministry of Defence issued a call for the import 400kg of cannabis, for a total of over 1.5 million euros. Most of it (320 kg) will be high THC cannabis, in what could be a turning point, as it is reportedly the first time that Italy is openly dealing with such products. The rest, 40 kg each, will be high CBD cannabis and a batch with equal amounts of THC and CBD. Technical specifications were published in English as well, testifying to the international scope of the enterprise.

Another call to enhance national production of cannabis is expected to be issued sometime in July. Over the last few years, several Regional councils have expressed an interest in starting local production to meet the needs of their patients. The Government has said that any future production, including by Regions, will need to be distributed by the Military facility in Florence.

After an initial period in which any general physician could prescribe cannabinoids for virtually any condition, after the patient was considered to be resistant to “traditional” medicines, since 2015 the conditions for which medical cannabis can be used have been identified. They include, for example, chronic pain and pain caused by multiple sclerosis and other diseases, side-effects (such as vomiting and nausea) of chemotherapy, radiotherapy and HIV treatment, and anorexia. Therapeutic applications also include its use as an appetite stimulant. The product is prescribed when standard therapies appear not to be working. As the Italian National Health System is devolved to the Regions, since 2012 some 15 regional administrations have adopted additional legislation to better specify who can prescribe cannabis and for what therapies, earmarking hundreds of thousands of euros to reimburse the costs for patients.

In 2016, a law was adopted to re-legalize hemp. The new set of rules allowed, among other things, “cannabis light” (low-thc cannabis) to be created, and soon after it started thriving. According to the law, products with up to 0,2% thc content can be sold only for “technical use” or “collection” purposes. But Law n. 242 of December 2, 2016 states that penalties for growers will only occur if the THC content is higher than 0.6 per cent.

The market for low-THC cannabis soon started thriving. In less than a year, an estimated 1,000 “cannabis light” shops opened throughout the country and 300 new ones opened in 2018. Estimates of the sector’s worth are difficult to make and vary according to the source, but around 150 million euros a year seems more or less the most plausible one.

On May 30 however, the Cassation Court ruled that cannabis sativa L. products do not fall under the December 2016 law, unless it can be proven that they are in fact without “drugging effects” (i.e., if they contain under 0.5 per cent THC).

The spread of cannabis shops in Italy has severely damaged the illegal market; the latter is estimated to lose up to 200 million euros a year because of the “legal" cannabis industry.