The world’s first clinical trials exploring the use of MDMA assisted therapy for treating alcohol dependency have begun in the UK.

The study is being led by researchers from Imperial College London. It consists of multiple therapy sessions, with two of the sessions - in week three and week six - being MDMA assisted. The study’s initial sessions have already begun, with the first MDMA doses set to be administered in the coming weeks. The study could provide valuable insights into alternative therapies for mental health conditions.

Doing More than Just Papering Over the Cracks

TalkingDrugs spoke with Dr Ben Sessa, a consultant child psychiatrist and senior research fellow at Imperial, who is working on the trials. He highlighted how the currently available treatment options are simply not working for a lot of people.

According to the US’ National Institute for Alcohol Abuse and Alcoholism, approximately 90 per cent of people dependent on alcohol are likely to experience at least one relapse over the four-year period following treatment.

“There’s no other part of medicine that would tolerate that”, Sessa told us. “Imagine those kind of outcomes in surgery or immunology or even oncology. Doctors wouldn’t tolerate that. After a 100 years of modern psychiatry, it’s outrageous! If we can do any better than 90 per cent relapse rates then we’re onto something.”

MDMA assisted therapy has already proved to be highly effective in the treatment of post-traumatic stress disorder (PTSD) in veterans, following US studies. Similarities between PTSD and alcohol dependency, particularly their association with trauma, has prompted the exploration of MDMA as a viable drug to enhance therapy.

“Alcoholism is PTSD as far as I’m concerned”, Sessa says, “the vast majority of my patients with alcohol and other addictions are essentially ‘PTSD plus’”.

He explains that as a child psychiatrist he has spent 15 years working with abused children, “And now I work also with addicted adults - it’s the same cohort of kids who’ve grown up into these mental disorders”.

“It’s so frustrating seeing the way we treat these disorders, because we don’t cure them, we paper over the cracks with symptomatic treatments.”

After working in psychiatry for about 18 years, Ben Sessa has found that too many of his patients are seemingly resistant to treatment.

“There’s a real barrier in severe trauma, you can talk about all sorts of things but you won’t talk about that one thing. And the reason being that as soon as you go anywhere near that memory, the fear is so great you daren’t open that door. That’s where all treatments get stuck: people are too scared to talk about their pain.”

“Traditional psychotherapies would be, you know ‘tell me about your rape…’ and at that point [the patients] just flee and they’re out the door. So on MDMA you say ‘tell me about your rape’ – people who’ve had 30 years of repressing it – and they say ‘do you know what… I can’, and [they] talk all about it. They can do the trauma-focused psychotherapy that they’ve been unable to do with all the traditional treatments.” 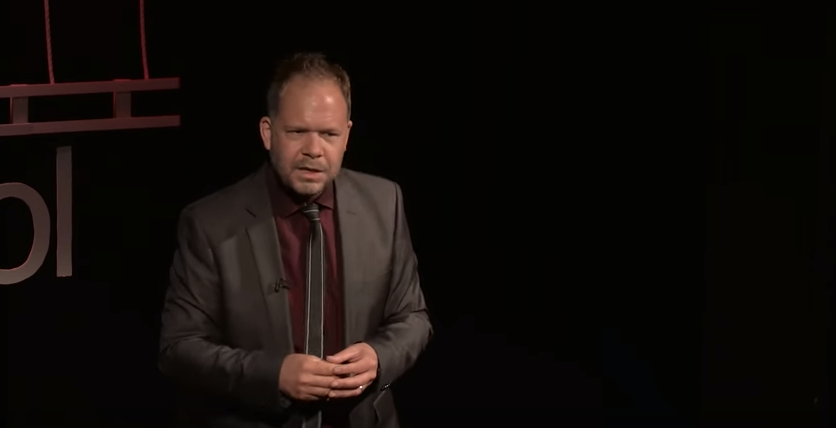 “It’s the only drug, in 18 years of psychiatry that I’ve come across, that can do this. It provides a mental state in which the fear response is selectively removed, and the other faculties are left intact. People can think, they can feel, they can remember, they can talk, they can move around, they have good cognitive functioning, but they don’t feel scared. And that’s a remarkable compound.”

“If you imagine honing that pharmacological characteristic into a psychotherapeutic relationship, then we have the most incredible tool at our fingertips.”

Because of the potential to break down the fear barrier, Sessa suggests that MDMA could be “psychiatry’s antibiotic”. This does not mean that a patient would have a joyful or ecstatic experience during the therapy session, but that memories that are normally too painful to talk about simply become manageable after taking the drug.

“What underpins all of psychotherapy: it’s a relationship with a person you trust, who you can talk to and share your pain, and, weirdly, your pain doesn’t feel so bad.”

Jumping Regulatory Hurdles to Pave the Way for Future Research

It has not been easy for the research team to take this study forward. The main barrier has been financial. Most pharmacological research is carried out by the pharmaceutical industry, who “have a strong agenda to create products that are used every day”, Sessa warns, “so the idea of taking MDMA just twice and then not having to be on SSRIs for the rest of your life is not in the interest of the pharmaceutical industry. They’re not going to put money into a drug like MDMA which then cures the patient and gets them off all their drugs.”

There are also massive barriers when it comes to regulatory approval and ethical opinions. The research team are 18 months behind schedule because of the regulatory hurdles they have had to jump through. MDMA continues to be a schedule one drug in the UK, which means that researchers have to get Home Office approval and pay for licenses that are exorbitantly priced. The cost of the MDMA alone was £10,000 ($13,943) per gram.

Nonetheless, Sessa is positive that his team's work will make it easier for similar research to take place in the future: “it’s getting easier because of the work that we’re doing. So, we’re sort of trail blazing”.