Clinical claims around the myth of post-MDMA depression fail to align with the reality of the consumption of this drug.

In late February, Vice reported on a study originally published in late December 2021 stating that MDMA use had no “comedown”, claiming to have debunked the “Blue Monday” myth - referring to the delayed and depressed effect on mood and cognition after MDMA consumption. However, as a recreational MDMA user myself, I and many others know this to not be absolute; after diving into the original journal, it’s clear that this was a misinterpretation of the research.

The study, crucially, was designed to specifically address MDMA use in a clinical setting. Outside of these controlled settings, there are a number of variables to better reflect real MDMA use that I’ll expand on.

I will use the Vice story’s claims to explore the many risks that recreational MDMA use “in the wild”, and make some harm reduction suggestions that you can all take home to try out. Together we’ll be able to not totally eliminate, but at least mitigate the impact of the “Blue Monday” and all other associated effects after an MDMA experience.

While Vice attempted to cover some of these already, unfortunately the solutions weren’t entirely practical. The first issue mentioned is about the purity of MDMA:

“An ecstasy tablet or a bag of crystal MDMA may contain anywhere between 0mg and 350mg of MDMA, plus any number of adulterants. In contrast, when we give MDMA clinically we use clinical grade MDMA, which is 99.98 percent pure.”

The word ‘purity’ is often used interchangeably when referencing drug potency and/or the absence of other adulterants, diluents, or impurities. There are some test kits available online, yet these tests can frequently give false positives on a wide range of random substances, and solely test for the presence of an adulterant or not (without giving any indication of the potency of a substance). While MDMA has historically been extremely adulterated in the past, this is less common today; there is now a higher likelihood of finding unadulterated, high purity MDMA with the use of reagent test kits that detect the presence of MDMA and can rule out potentially other false positives.

It is also common for people to pretend they know the purity of their substances, and claim they know how strong it is. I’ve had someone tell me they had 100% pure cocaine in their possession, which was most likely ridiculous information passed on from a seller to a client. Unless confirmatory testing for illicit substances has been performed, chances are someone made a random number up.

Purity testing is available in the U.K. by The Loop. While not everyone has the ability to have all their substances analysed, I’ve been informed by one of their spectrometer technicians that it is uncommon for MDMA in Europe to be under 80% purity. With such purity, you could arguably state that the substance is safe (enough) to consume, when you account for typical non-psychoactive fillers. However, it can be important to test whether the powder or crystals that you have are, in fact, MDMA or not, which is what can be done with at-home testing tools like reagent test kits.

“When people take ecstasy recreationally, they tend to exercise excessively – namely, dancing! This has been shown to increase risk of toxicity and hyperthermia [abnormally high body temperature]... In a hot nightclub people often dance throughout the night without chilling out. Raised temperature increases the risk of toxicity.”

This is true, and further studies have been done that suggest that the risk exponentially increases when recreational users of MDMA may have neurological damage from prior heavy or frequent use.

Remember to take breaks from MDMA use periodically to cool down the body and the brain. If you can, step outside or somewhere where temperatures are cooler. This might mean avoiding being in the middle of a tightly packed crowd at the festival or rave for prolonged periods of time. Make note of easy routes in and out of the crowd before you’re in an altered state to make this easier for yourself. 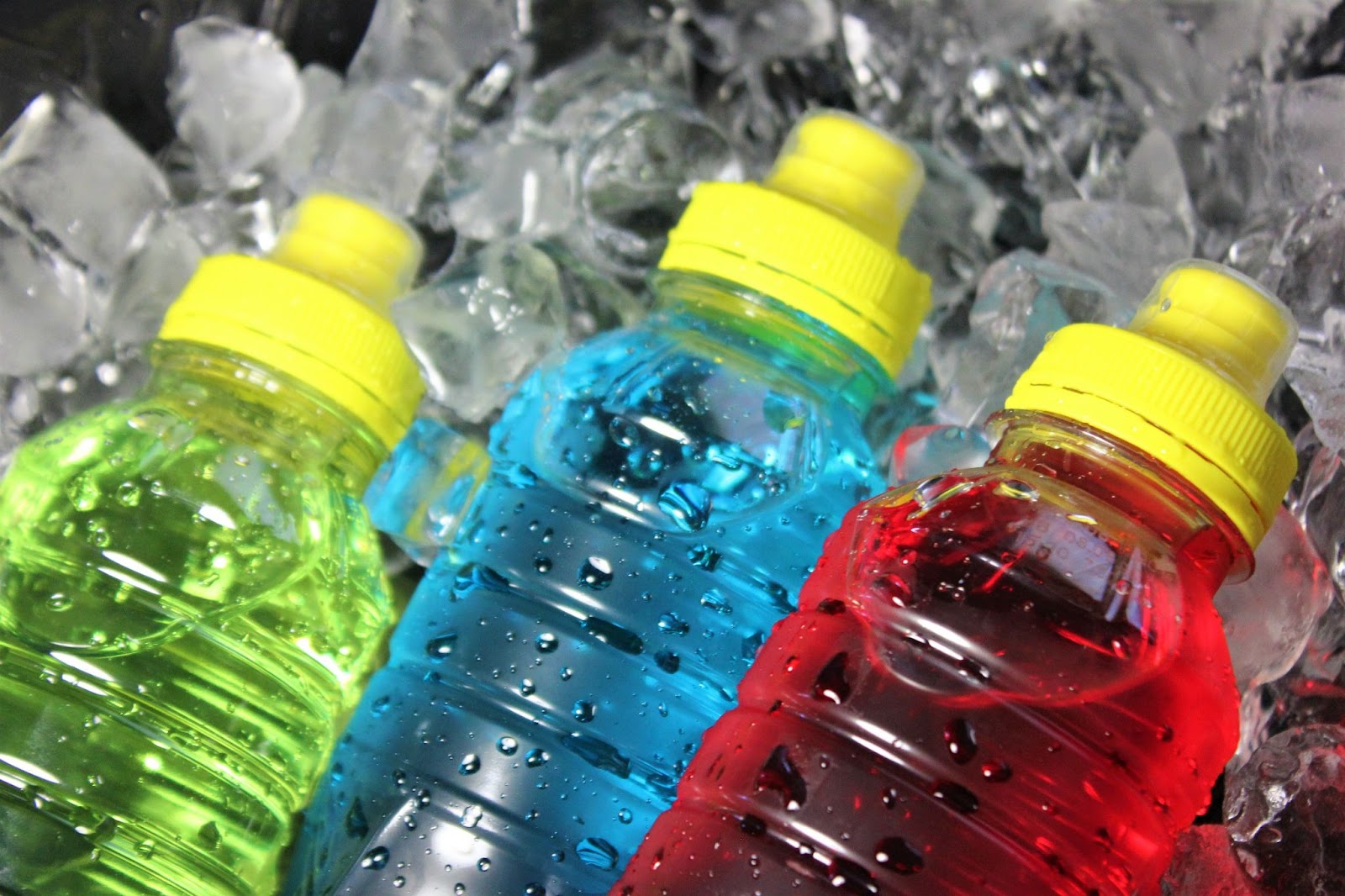 Adding sports drinks with electrolytes and without caffeine can be a good substitute for just plain water, and can help fix any sodium imbalance.

“Water imbalance risks the phenomenon hyponatremia [when sodium levels in your blood drop below normal], which can be toxic.”

Technically hyponatremia is a sodium imbalance, so instead of guzzling water in a desperate attempt to stay hydrated, alternate with a sports drink (an electrolyte beverage, not an energy drink which contains caffeine and other substances that can interact with the drug) or a salty snack. Also it is recommended that you drink only about 250-500 ml/h (1-2 cups), no more than 500 ml/h (2 cups) per hour.

It is also very important to note that hyponatremia is more common for women–speaking in binary terms, as transgender or intersex people have been included in a whopping 0 studies on the matter. However, since this difference is believed to be caused by different levels of oestrogen, I have reason to believe that anyone with an average “female” blood serum range for oestrogen is likely to experience ecstasy-associated hyponatremia.

“Don't take ecstasy at night [either] and miss out on a night’s sleep – take it only during the day. I appreciate this is rather unrealistic.”

The final sentence acknowledged the pragmatism of MDMA use. More unpragmatic advice is: use a sleep-inducing drug. While harm reduction typically doesn’t recommend additional drug use, if an important principle of harm reduction is “meeting people where they’re at”, then one simply can not dispense advice like “take MDMA only during the day”. Personally, I generally avoid MDMA use during the day because unless it’s the middle of winter, it is too hot everywhere. If paramedics often sedate patients to alleviate symptoms that may be associated with sleep-deprivation or sedate a patient for their safety, I personally do not see the issue with using a sleep aid. Paramedics typically use benzodiazepines; I personally use GHB, as it works in 20 minutes and has minimal to no negative side effects when used as intended. If it works for managing narcolepsy, it will work for your insomnia. GHB extends Stage 3 + 4 REM sleep, which is arguably the most important for mental and physical restoration. It also only lasts for about 3 hours at a time, so it can be helpful when you don’t have many hours available for quality sleep. Be very careful with dosing GHB though.

Lastly, another variable that has been studied but hasn’t been discussed in the context of risk reduction is drug metabolism. Drug metabolism is impacted by factors of age, gender, genetics, and other chemicals that can be ingested–including natural foods. In the US, some MDMA users have a set of rituals to potentiate the effects of drugs such as lemon tek, a technique that uses lemon juice (or other acidic or citrus juices) to help convert psilocybin into a more orally bioavailable compound (psilocin); however, drug metabolism is a completely different concept. Drug metabolism is associated with enzymes we have in our bodies that break down specific compounds in different parts of our bodies. These enzymes can either contribute to metabolising a compound, to turning an inactive metabolite into an active metabolite.

It was believed that grapefruit juice would inhibit the enzymes in our bodies that break down MDMA and make it inactive, since this is true for many other medications that are prescribed to people regularly, namely benzodiazepines and opioids (and ketamine). This means that MDMA would stay active in the system longer. Long story short, this is not entirely true with MDMA, as MDMA is primarily broken down by different enzymes than the one that is inhibited by grapefruit juice. However, MDMA use inhibits the enzyme that breaks MDMA down to an inactive metabolite for up to 10 days.

Using MDMA in under a span of 2 weeks (especially in high doses) may contribute to increased pharmacological effects of MDMA, including negative effects that could lead to death or longer-term neurotoxicity due to the inhibited primary enzymes. Other drugs and substances can also cause interactions between various enzymes that impact drug effects. Sometimes enzyme interactions and further information can be found online (on a website like Wikipedia), but if the drugs or products are approved for medical use or readily available over the counter, you can check for interactions here before ingestion.

I personally have not had any notable MDMA comedowns in my career. Fairly early on, I learned to use supplements to offset some of the negative side effects of drug use and prioritised getting sleep when possible (however it wasn’t always possible with binge poly drug use and consecutive days/nights of partying). Sleep and adequate supplementation throughout the night is key to ensuring the next day is as restful as possible. There are a multitude of ways to mitigate negative side effects for those who are not predisposed to experiencing these issues from MDMA use, and therefore are able focus more on making the most from the experience.

*Phoenix AKA Mohawk Greene (they/them) is a black, trans, anti-racist harm reduction educator and activist who leverages vast multimedia and online platforms (as @TheRebelEducationist) to advocate for people who use drugs and sensible drug policy reform. They provide education and no-nonsense radical perspectives about drugs, drug policy, and related topics through a restorative, comedic lens. They are also a skilled technologist and academic writer. Mohawk is the technical program manager at Next Distro, a Youth RISE board member, and former regional outreach coordinator for DanceSafe and president of New York DanceSafe, Inc. They have collaborated with global harm reduction agencies such as ANKORS, Safe ‘n’ Sound, Unity, and Harmreduction South Africa.