The Invisible Battle in the Ukraine War The Russian invasion of Ukraine has had a hidden front for many of its drug users. Source: Drop of Light

While the Russian invasion of Ukraine has raged on for almost two months, TalkingDrugs spoke with several organisations working on the ground in Ukraine to understand the reality of the looming pain and treatment crisis brought about by the sudden lack of stable access to OST. All organisations contacted were a fantastic example of resilience in the face of adversity, and a stark reminder of how consistent access to health services is a lifeline for many.

Links to donation pages are available at the bottom of the story, and would be very welcomed by the organisations interviewed.

The war in Ukraine has viscerally been played out on screens across the world. While the violence of warfare has taken centre-stage, there is an invisible pain throbbing through some of the most marginalised groups in Ukrainian society.

Before the war, Ukraine had an estimated 317,000 people injecting drugs like heroin, with almost 15,000 accessing opioid substitution therapy (OST) medication like methadone and buprenorphine through the Government’s publicly funded harm reduction programme, which has been operating since 2017. OST is dependent on repeated and consistent access to medication, be it provided at home or in health clinics. This ensures that people are able to manage their consumption and live a fulfilling life around it. Many people on OST are also HIV positive or have treatment-resistant tuberculosis, meaning that for many, access to stable medication is a matter of life or death.

The Russian invasion meant that for the first time in over half a decade, certainties in life became huge unknowns.

The international foundation Alliance for Public Health (APH), one of Ukraine’s early international partners to deliver HIV and OST medication and health services, has been tracking and analysing the war’s impact on OST medication. They estimated at the end of March 2022 around 2,100 OST patients were currently unable to receive their medication, with a further 6,000 facing an increased risk of medication interruption due to war damage, Russian occupation or lack of supplies. The APH’s executive director has publicly stated that he feared that the war could erase all years of hard-earned health gains in a matter of days.

With medication production compromised by the invasion, and a further freeze on public funds that subsidised the OST programme, harm reduction workers had to quickly shift their responsibilities to humanitarian aid, connecting people with HIV to still-operating health services, or directing those on OST to places that may still have medicine.

Speaking to TalkingDrugs, Kateryna Gritsaenko, Information Manager at the Hope and Trust Foundation, said that the invasion quickly compromised access to OST and other harm reduction supplies: “Participants of the OST program in most cities of Ukraine, including Kyiv, were forced to reduce their dosage. In a number of cities there was an interruption in receiving substitution maintenance therapy.”

Kateryna added that a martial law from the Ministry of Health was issued to provide patients with 30-day supplies of medication, yet doctors have hesitated to follow through for fear of distributing too much and compromising its availability for others.

Svitlana Moroz, head of Club Svitanok, an NGO that traditionally worked with sex workers and people who use drugs, shifted their operations to support people vulnerable to HIV to survive during the war. She told TalkingDrugs how they have not received funds since February to pay for outreach workers, many of whom have had to flee their homes for safety. Club Svitanok’s branches, previously rehabilitation centres, have become makeshift shelters for refugees, offering humanitarian support alongside opioid medication. It is unclear at the time of writing if these funds have been resumed.

Queuing for hours at pharmacies has become common, with no guarantees of whether medication would be available at all. Redirecting patients to other locations with OST reserves has become logistically impossible: “In some regions it is impossible to get to the [OST] site due to shelling, some sites have stopped working altogether,” said Svitlana Tkalia, a colleague of Kateryna who operates Hope and Trust’s helpline on drug addiction. Patients must either wait for supplies to arrive in pharmacies or treatment centres, or purchase drugs from what few street sellers are left to avoid going into withdrawal.

Russian occupation would most likely mean the end of OST medication for Ukrainians in occupied territories, as was seen in Crimea in 2014. Methadone has been described as a “murderous treatment” by Russian drug control officials, and its use or distribution is punishable with lengthy prison sentences.

Hope and Trust believe that those addicted to drugs are some of the most vulnerable people in Ukraine right now. The war has jeopardised the safe supply of medicine to thousands of people, and may come to erase all progress made to bring this vulnerable population into the Ukrainian health system. Losing contact with vulnerable people in the midst of a war may mean one humanitarian crisis may be compounded into another.

“We really need help for pain tablets. We don’t know what to do.”

Early in March, TalkingDrugs was in contact with Vitalii Lavryk, a drug policy activist based in Kyiv. A long time drug user living with his mother in Kyiv, Vitalii gave some further details of the reality for people who use drugs in the capital. Delays in the conversation were frequent as he often would leave for many hours to purchase food and medicine. Early into the war, methadone was already mostly unavailable in pharmacies: “Buprenorphine is still available for patients in paid sites [private paid clinics] but it is used systematically only by wealth drug users.”

In the absence of adequate medication, Vitalii (like many others) has had to resort to other products for pain management: “Instead of methadone, consumers are using pharmaceutical drugs, which are now difficult to buy during the war”. 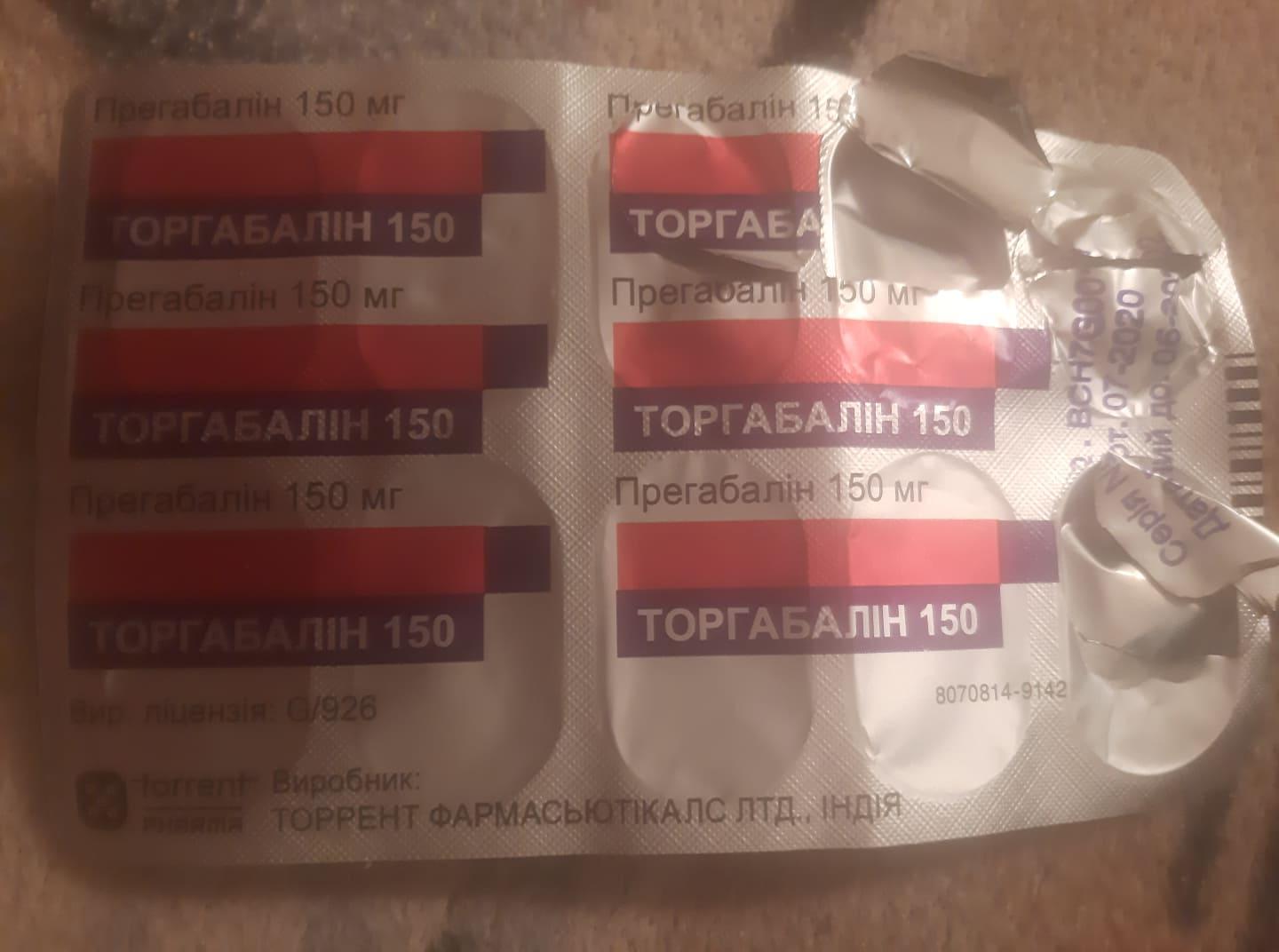 Iuliia Dorokhova, a personal friend of Vitalii and director of Legalife, a charity focused on supporting sex workers and people living with HIV in Ukraine, told TalkingDrugs that there are many people in the same situation as him. “We really need help for pain tablets. We don’t know what to do.”

Currently based in Georgia because of the invasion, Iuliia is connecting fleeing Ukrainians with other organisations within the country and abroad to respond to their health needs. Speaking over Telegram, Iuliia spoke of one of her contacts, a man in Kyiv who was going through withdrawal, in pain and sapped of energy, who was unable to leave his apartment to seek refuge in bomb shelters. “What can we do in this situation?” she asks.

Iuliia believed that people who use drugs were already discriminated before the war, but have been especially forgotten since the bombs began to fall. Beyond the immediate challenges of displacement and human needs that the invasion has created for so many, yet there is an added layer of complexity that people who use drugs must navigate, rationing their OST medication while sourcing other to avoid the most debilitating effects of withdrawal. This negotiation is a daily preoccupation until supplies are re-established, and some semblance of normalcy returns.

The resilience of Ukrainians and its health system

It seems that the global response to help Ukraine, jointly with local resilience, has kept widespread tragedy at bay. The (relative) stabilisation of contested areas has facilitated medication distribution for some: in May, Kateryna told TalkingDrugs: “The map of military operations has changed. Kyiv has become a calmer region and began to accept both new patients of substitution therapy and refugees.”

The APH has stepped in to assist in OST provision, running humanitarian convoys to deliver medication across the country that was procured by the Ukrainian Ministry of Health. Mobile vans are being deployed to deliver OST to healthcare facilities and supplement humanitarian actions.

The situation, however, is constantly changing. In May, Olga Belyaeva, Programme Coordinator of the Eurasian Network of People who Use Drugs (ENPUD), has confirmed that OST provision has somewhat returned: “We have medicine, not with the enough doses, but we have to survive.” She added that some OST clinics have reopened in some regions, but prices have tripled: “Often they sell the prescription without obligation to have medicine in drugstore.”

Throughout the war, the precarious future of so many vulnerable people has been unveiled: their access to medicine is dependent on military movements, prices, and supply chains. All these factors can change from one day to another. While the struggle to support people who use drugs is just one facet of the wider humanitarian crisis that underlines the Russian invasion of Ukraine, the tireless resilience of local actors to support their communities is inspiring.

Many of the organisation we have spoken with have struggled to financially support the people they work with throughout the war. This is likely to develop into a deeper crisis in the coming months. Please support them if you can.

To contribute to Hope and Trust: DONATE HERE