Caracole's vending machine has been set up in an inconspicuous location to ensure private access. Photos from author.

Since early last year, a vending machine in the US state of Ohio has provided crucial harm reduction supplies to a local community.

A surging and changing overdose crisis

The need for harm reduction tools is more urgent in Ohio than almost anywhere else in the US. In 2021, 5,173 Ohioans died of an overdose – a staggering 37% surge since 2018. The state’s overdose death rate is now around 472 per one million people, compared to a US average of around 320 overdose deaths per million people. In contrast, the EU average is around 15 such deaths per million.

The nature of the overdose crisis in Ohio has also changed in recent years. While heroin used to drive overdose deaths in the state, stimulants, such as cocaine and methamphetamine – particularly those adulterated with the opioid fentanyl – are now fuelling the death rate. In 2020, Ohio deaths related to fentanyl increased by 32% from the preceding year, while deaths related to stimulants increased by 28%. Heroin-related overdose deaths in the state dropped by over 50% over the year to their lowest point in over a decade.

“We should consider this overdose era as one of fentanyl-adulterated stimulants,” said non-profit organisation, Harm Reduction Ohio. “Ohio has average levels of drug use, but extraordinarily high levels of drug death because our drug supply is among the most dangerous in the nation. In other words, adulteration trends — not our level of drug use — is what drives our state’s overdose death epidemic.”

Demographic trends among overdose deaths in Ohio are also concerning. Black non-Hispanic males now have the highest drug overdose death rate in Ohio compared with other racial and ethnic groups. In a presentation on the machine at the National Harm Reduction Coalition conference in October, Professor Tasha Turner-Bicknell, a board member of Harm Reduction Ohio, described how this is - in part - because historically oppressed populations are less likely to be offered, or engage with, harm reduction services.

For harm reduction efforts to succeed in Ohio, it has become evident that organisations must prioritise accessibility for clients who are less likely to utilise services, and provide resources that are most suitable to evolving trends in drug use. The Hamilton County vending machine is doing just that.

To use the machine, clients must first enrol with Caracole and receive a personalised PIN code. The enrolment process – which is repeated every three months – allows clients to provide input and feedback about their needs and concerns. This allows the non-profit to be as supportive as possible when selecting items to stock, and ensuring that they are responsive to any changing drug use trends in the community.

The placement of the machine – in a public, but discreet, area with 24/7 access – allows clients to access supplies whenever they like, regardless if support staff are in the vicinity.

Caracole reports that over 800 clients have used the machine since it began operation in March 2021, with around 15% of them reporting that the machine was their first time ever accessing harm reduction services.

Data shows that the most popular vended items are safer smoking kits – of which over 4,000 have been disbursed since operations began. There have also been over 1,600 safer injection kits disbursed, around 1,500 band aids, more than 1,100 PPE kits, and almost 1,000 naloxone kits – including over 600 kits that include intramuscular naloxone.

Feedback from clients indicates that the machine has been crucial for mitigating drug-related harms. Altogether, clients said they had had detected fentanyl in their drugs over 1,700 times with use of testing strips from the machine – among these clients, over 80% said that this discovery led to them either not using that supply, or using a lower dose than they otherwise would have.

Feedback also indicates that naloxone acquired from the machine has been used by clients, or someone known to clients, over 600 times. The machine currently leads Hamilton County in naloxone distribution. 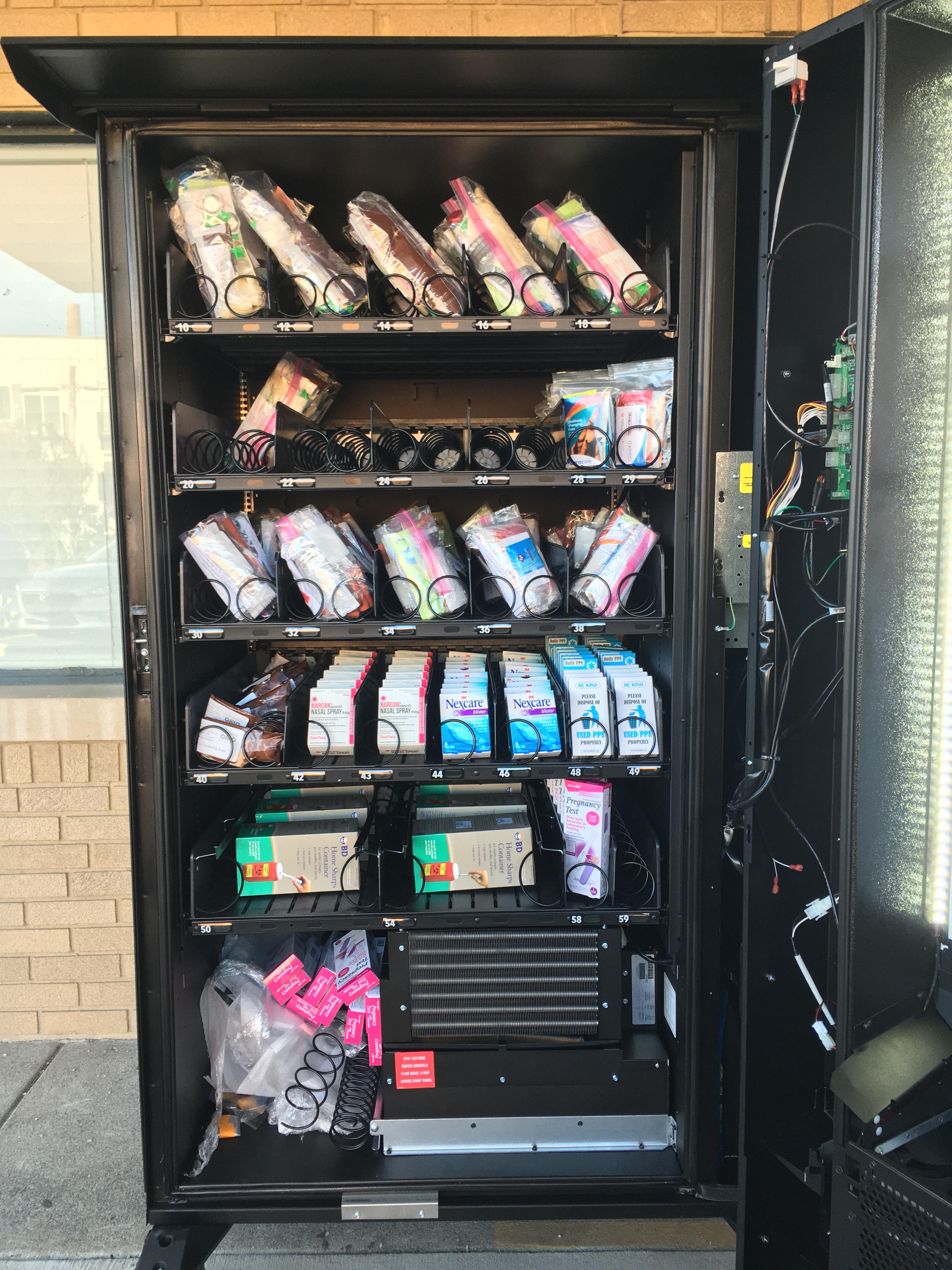 The machine is stocked with harm reduction material, tailored to the local drug using needs based on feedback from service users.

Closing her session at the conference, Professor Turner-Bicknell stated that the machine has become “an integral part of a multifaceted approach to substance use disorder”. Countless lives are being saved by this innovative, low-threshold, client-informed service, she said.

With minimal barriers to access, Hamilton County’s vending machine has become a powerful tool for ensuring that high-risk, vulnerable populations have access to essential supplies that can protect them. As prohibition continues to harm people who use drugs across the US, other jurisdictions and organisations should follow Caracole’s lead and establish similar accessible and affordable machines for local communities. While the contents of a machine should be tailored to the local population, the concept itself can work anywhere.

Indeed, it seems that the idea is catching on: Hamilton’s neighbouring county is now planning to open a vending machine of their own.