Four Great Hypocrisies of the UK’s Ban on Medical Cannabis A demonstration with the United Patients Alliance and Paul Flynn MP at Parliament (Source: Facebook)

On February 23, the UK Parliament will have its second reading of a bill which – if passed - would permit the production, supply, possession, and use of cannabis for medical purposes. The Legalisation of Cannabis (Medicinal Purposes) Bill has been nicknamed the Elizabeth Brice bill after the activist and proponent of medical cannabis who passed away in 2011. Brice died from multiple sclerosis, which medical cannabis can help treat.

To coincide with the bill’s reading, the United Patients Alliance – a UK group which campaigns for patients to have legal access to medical cannabis – has organised a demonstration in support of the reform outside Parliament.

Medical cannabis has a strong evidence base, having been used for many years in Canada, the Netherlands, and numerous US states to treat a range of ailments. It is also available in various forms in several EU countries. Nonetheless, cannabis remains illegal for medical purposes in the UK; the only caveat being Sativex, a cannabis-based drug produced by GW Pharmaceuticals which is legally available for a small number of patients suffering from certain conditions.

As the debate over legalising cannabis for medical purposes continues, and patients needlessly suffer, it’s worth noting four major hypocrisies of our government’s continued ban on this medicine.

1. Authorities defend the ban by saying cannabis is dangerous, forcing many patients to use prescribed drugs with far greater potential harms 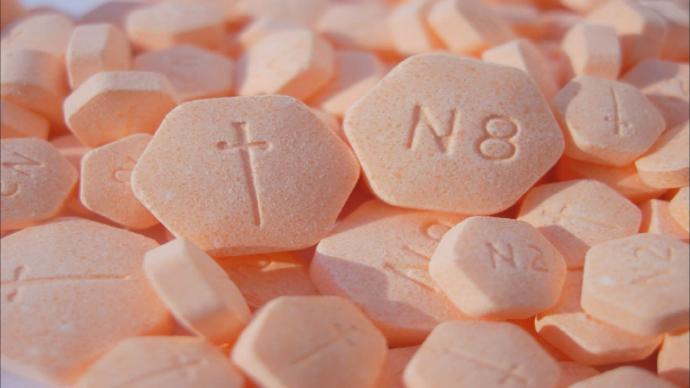 The Home Office defends its ban on medical cannabis by stating that, in “its raw form [, cannabis] is not recognised in the UK as having any medicinal benefit”. It warns that "there is a substantial body of scientific and medical evidence to show that cannabis is a harmful drug which can damage people's mental and physical health”. While cannabis is not harmless, the continued ban on its medical use leaves many patients forced to use drugs which can have worse harms – including opioids, which come with risks of physical dependency and even deadly overdose.

The founder of the United Patients Alliance, Clark French, who has multiple sclerosis, has experienced self-medicating with cannabis, as well as using the opioid drugs legally prescribed to him.

In 2016, the number of opioid-related deaths in the UK reached the highest on record. By encouraging patients with certain conditions to use opioids instead of cannabis, the government may be contributing to this rising death rate. It is important to note, however, that opioid-based medications do have a number of important uses for a variety of ailments.

While there is no way for a UK resident to legally possess herbal cannabis in this country, residents of certain EU countries can legally use medical cannabis in the UK. As Release, the UK’s centre of expertise on drugs and drug laws, has pointed out:

Under Article 75 of the Schengen Agreement  the UK allows residents of other EU States which have signed up to this to travel with their prescribed narcotic or psychotropic substances, including Cannabis, into the UK as long as they have a certificate authorising this from their own country. The certificate is valid for up to 30 days.

This only applies to residents of other Schengen states, and not to UK residents who are prescribed Cannabis in another country.

These EU countries should be praised for protecting their patients from the UK's archaic laws. Learn more on this here.

3. The drugs minister’s husband has a license to grow medical cannabis – while patients across the country are punished for growing their own

As TalkingDrugs has previously reported, Victoria Atkins MP – the minister responsible for drugs – is married to Paul Kenward, managing director of British Sugar, who has a Home Office license to grow 45 acres of cannabis for GW Pharmaceuticals. Simultaneously, people around the country are regularly prosecuted and even imprisoned for cultivating cannabis for medical reasons. The Misuse of Drugs Act 1971 states that someone can face up to 14 years in prison for cultivating the plant.

In a recent parliamentary debate, Atkins put forward a bizarre argument to justify her stance against cannabis:

“We know that the potency of the psychoactive substance in cannabis has increased from an average of about 1% in the 1960s to about 11% in 2011. What on earth does that mean? According to my research, it is equivalent to an increase from one low-alcohol beer a day to a dozen shots of vodka a day. That is quite a jump in potency.”

In a 2017 ITV interview, Prime Minister Theresa May was asked why she opposed allowing patients in need to access cannabis for medical purposes. She responded with an anecdote of a person in her constituency; "one of her twin sons - they both started on cannabis when they were at school and went on to heroin and one of her twin sons committed suicide. This has a huge impact on families". It is abhorrent and incredibly disingenuous of the prime minister to justify a ban on a vital medicine by referring to a person whose death was ostensibly linked to an entirely different substance.

If PM May wants to see the impact that cannabis can have on families, she can look no further than Alfie Dingley – a six year-old with epilepsy whose daily seizures dropped from upwards of 30 to zero when he used a cannabis-based medicine in the Netherlands. Now, back in the UK, Alfie continues to suffer from seizures because the Home Office refused to permit him to use medical cannabis.

Banning medical cannabis does not protect families, it does the opposite: it prolongs their suffering.

The UK government’s approach to medical cannabis is similar to its approach to most other drug policies; dangerous, hypocritical, and entirely lacking in evidence. The upcoming bill reading on February 23 provides an opportunity for MPs to lend their support to patients in need, and to be on the right side of history.