Coca Vendors in Bogota Working to Destigmatise the Coca Plant In Candelaria - a touristy area in Bogotá, Colombia - vendors of coca products are active players in destigmatising the coca plant. By selling a variety of coca products, they show their largely Western visitors the variety of possibilities that coca products have to offer. Here are four such coca vendors… 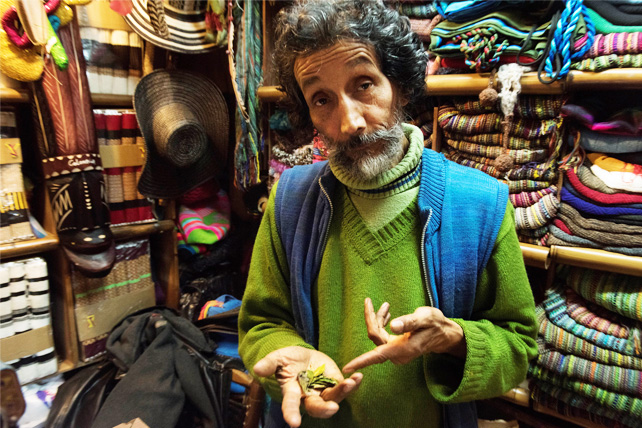 In the warm interior of his small colourful shop in Candelaria, Saul says: “Coca contains a high concentration of nutrients: calcium, phosphor, magnesium - it’s a very complete plant. It is capable of combating a lot of pains: menstrual pain, digestive problems, migraine, or soroche (altitude sickness). As soon as people arrive in Bogotá, which lies at an altitude of 2,600 metres, it is a common practice to drink a cup of coca tea. After ten minutes, their soroche has disappeared.”

“The pre-Colombian people have consumed coca for 3,000 years. In the high Andes mountains, reaching an altitude of 4,000 meters, the climate is too limited for substantial agriculture. Because of the high concentration of nutritional value of coca leaves, it was possible to get enough nutrients at this altitude. Because they had access to a variety of crops, people remained healthy. That is why they believe coca was a sacred gift from the gods.”

“Colombians are afraid that when coca becomes legal, only large multinationals from developed countries will benefit from the leaves. That is now happening in the United States with marijuana. In the United States, marijuana has become legal, not only because of its medicinal value, but also because the pharmaceutical industry can earn money from it.”

“Now that the peace agreement [between the government and FARC] has been signed, more and more multinationals from abroad are seeking to earn big money from Colombian energy sources and minerals. Colombia has an extremely rich biodiversity. Colombians were never concerned with this because of the decades-long conflict. This can also happen if it is discovered how much can be earned with coca. The Colombian government, and that of other Latin American countries, does not protect its population against the influence of capitalist companies.” 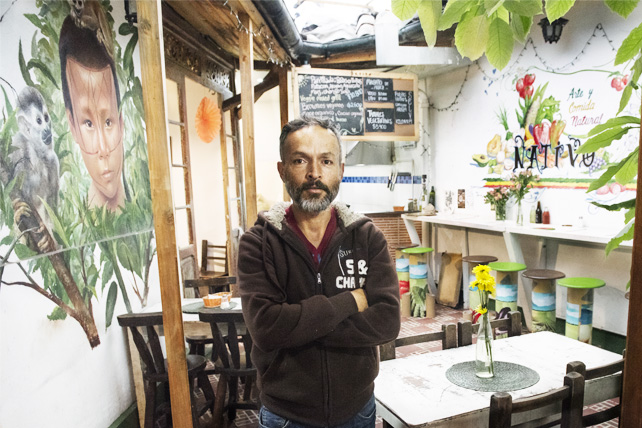 Mihanel owns a coffee bar in Candelaria, with a focus on vegetarian products, where he also sells homemade coca products, such as coca cookies, cupcakes and cake. “We also have an oil with coca extract, which helps you sleep better. Another coca product, a kind of cream, works as a painkiller.”

“The cultural use of coca leaves has been around for a long time in our culture and has a very long ancestral history. What I really appreciate about coca is that it allows open dialogue between people. The narcotic power of coca brings you closer to your inner truth and facilitates an honest dialogue. It brings you to a different level of consciousness and makes it possible for you to be more open – to be both the receiver and the narrator. For example, according to an old practice, knowledge of the elder is transferred to the younger members of the group during such a ceremony. Or political compromises were made between two different tribes.”

“What I find unfortunate is that cocaine hurts the image of the coca leaf. Cocaine puts people who use coca in a bad light and as a result, there are universally upheld misconceptions about the plant. If I offer tourists coca tea or coca cake, they are frightened and turn it down immediately. People associate coca and Colombia with cocaine. But people are not aware that coca has been used in a medicinal and spiritual way for centuries.” 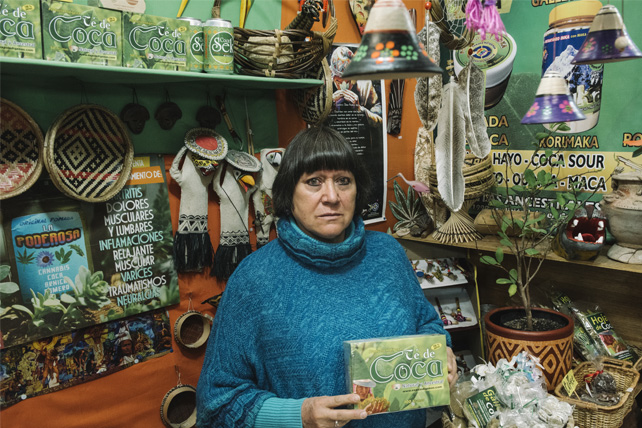 Rosa has a stall in an indoor market located in a central alley in Candelaria. The coca plant on the counter is a welcome reminder that the coca products exposed in the shop are made from this plant.

“There is a big difference between coca and cocaine. You need 400 grams of coca leaves to produce one gram of cocaine. Meaning that there is much more land needed for the production of cocaine. As a result, many hectares of important ancient forests have been destroyed. In addition, I am against cocaine because of the way drug dealers operate. They cause a lot of conflicts in our society and people are being killed for it.”

“Because coca has so many health benefits, Latin American governments should set up a market for it. Coca plantations are currently being eradicated, while coca is a very lucrative crop. Our government should support these small farmers with knowledge and resources so that they can still grow coca. Coca farmers should not be prosecuted, as is happening at the moment. We must honour the tradition. But we should also export to other countries, so that both producing and consuming countries can benefit from the plant.”

“There is another important role that the coca leaf can play. In isolated regions in Colombia there is a lot of poverty and hunger, especially with young children. You can make flour from coca, which you can use to bake bread. These coca breads contain a lot of nutrients and energy. This would be very beneficial for these particular poor areas.” 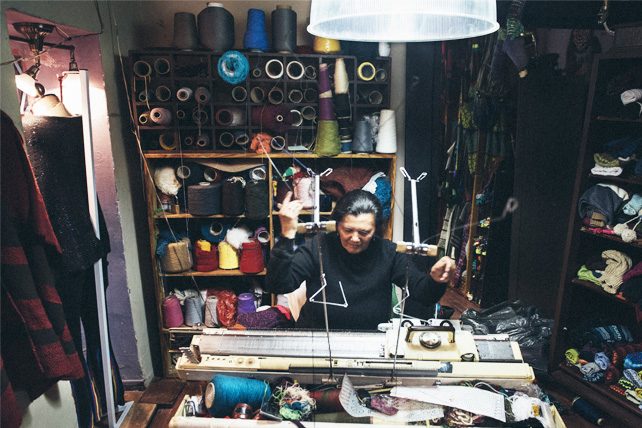 “Like tobacco and marijuana, coca is a plant with special powers”, says Bianca in her sewing shop. “Therefore, it must be treated with respect. By selling coca in shops, indigenous Colombians can share their knowledge about the special properties of the coca plant. At the same time selling coca is ambiguous: when selling a native product in stores, you’re part of the commercial trade. A capitalist system contradicts the sacredness of the coca plant. When business is the main purpose, coca becomes a commodity that will lose its respect.”

* Janneke Nijmeijer is the founder of Fair Trade Cocaine, a foundation that researches constructive, humane and sustainable alternatives to the War on Drugs, with a focus on the cocaine trade. One of its aims is to reduce the corruption, violence, militarisation and ecological destruction that accompanies global drug policy.