It is commonly believed among "recreational" users of MDMA that grapefruit juice (or other citrus/acidic beverages) potentiates the effects of, and/or expedites the onset of MDMA. Since there are no studies specifically on the subject matter, I performed a mini meta-analysis on a number of studies that observed drug metabolism with MDMA use, and cross-referenced a number of other studies done around the affected enzymes.

The conversation around grapefruit juice’s impact on drug use has been circulating as urban legends for decades among populations where recreational MDMA use occurs, particularly in North America. The supply for ecstasy between 2001 to 2013 in the United States was notoriously adulterated; you’d be lucky if your ecstasy tablet contained any amount of MDMA or MDA at all. Additionally, drug checking services and awareness of it during this period was practically non-existent in this community. Back then, there’s no telling what type of chemical cocktails we were ingesting that could have been wreaking havoc on our enzymes, in addition to other parts of our bodies that we were willing to sacrifice for a fun time.

Drug metabolism is a critical component in understanding the efficacy of a drug, resistance, and risks. Identifying drugs and other substances that may potentiate or inhibit enzyme activity is an important risk reduction tool.

Curiously, grapefruit juice has a proven track record of numerous interactions with drugs and other substances. These interactions were discovered when researchers in the late 80s were experimenting to see if alcohol would interact with tested medications, but needed a way to mask the taste of the alcohol so participants did not know they were drinking. They found that grapefruit juice could actually increase the potency of a drug by impeding the production of a certain family of enzymes that metabolises drugs, allowing for more of it to enter the bloodstream.

Inhibition of enzymes can have two different effects: the drug can either be metabolised by the enzyme to an inactive metabolite, or activated by the enzyme to an active metabolite. This could mean that introducing something like grapefruit juice will not always lead to increased levels of the drug in your system. Enzymes that metabolise the drug to an active metabolite can be impacted in some cases, too. For example, this is known to happen with Tamoxifen, which is often prescribed as medication for breast cancer treatment, but sometimes used as a performance enhancing drug. Tamoxifen’s effect is actually reduced when grapefruit juice is present in the system.

Many people with a loose understanding that grapefruit juice can increase the amount of a drug in a person’s system must have spread a similar theory that this would work for MDMA as well. However, there are a number of studies that have verified which enzymes are involved in MDMA metabolism. Inhibition of drug-metabolising enzymes results in elevated concentrations of an active drug in the body, which may cause adverse and potentially harmful effects.

Some technical information on the enzymatic system involved in drug digestion: 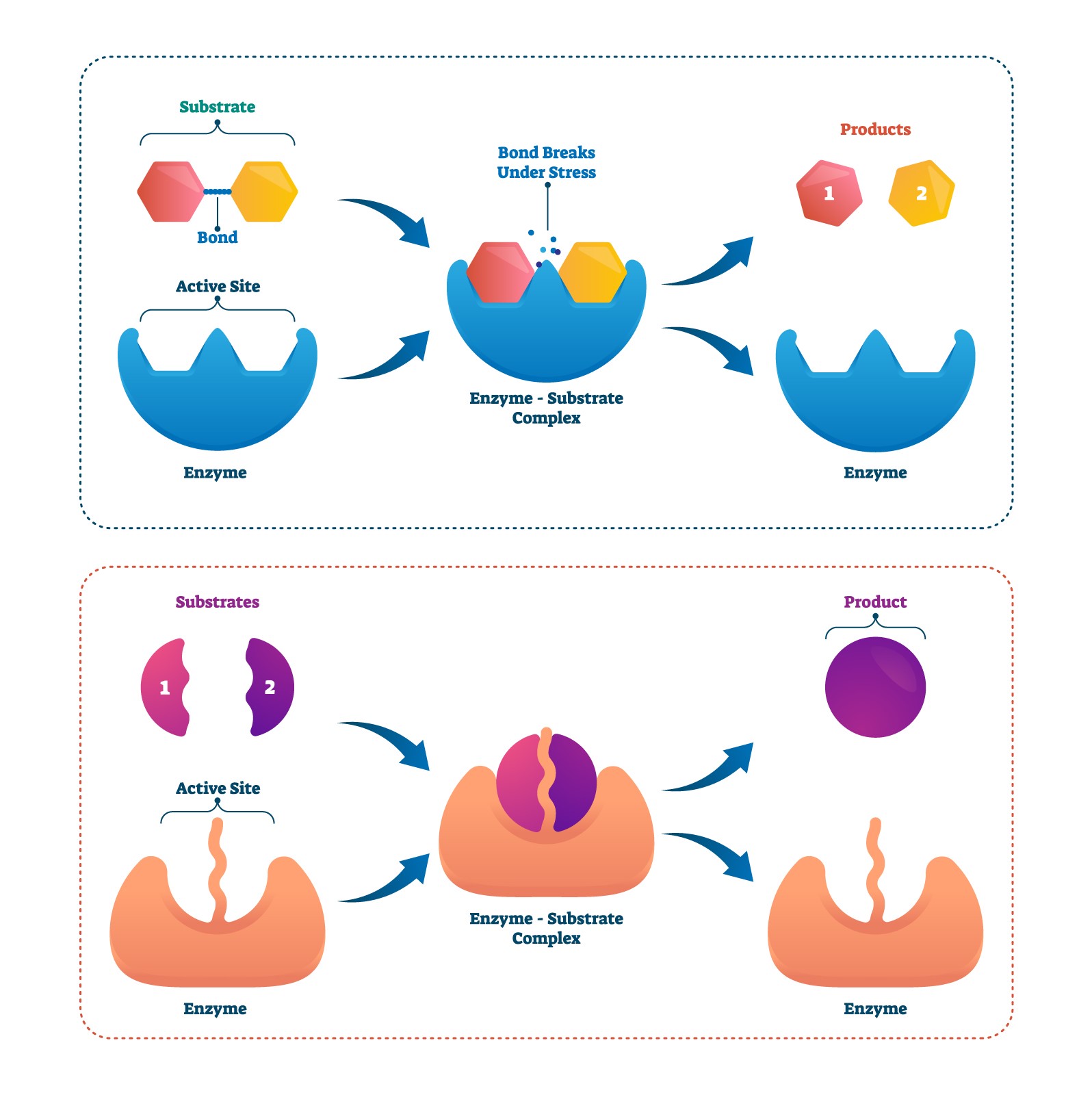 Full labeled cycle and diagram with macromolecular biological catalysts. Structure of molecules that accelerate chemical reactions and converts the substrates into products.

In conclusion, I would wager to say that adding grapefruit juice to the equation would not change the body’s metabolism in such a way that the effects of MDMA would increase.

However, with all that said, there are a number of variables that would interfere with drawing sound conclusions with this information:

Interestingly, due to MDMA’s natural inhibitory effect on the CYP2D6 enzyme, using it on a weekly or more frequent basis alone could be enough to experience increased effects: using it once every 7 days would be under the amount of time CYP2D6 would need to return to a baseline state of activity. Grapefruit juice is therefore unlikely to have any notable effect on increasing the concentration of MDMA absorbed, as the CYP2D6 enzyme’s metabolising effect on MDMA is limited.

Many people such as myself are poly drug users, and this could also have an impact on enzymatic activity, and thus drug effects on an individual. MDMA is not unique in having an impact on enzymes in our bodies. Something that seems as insignificant as being a cigarette smoker (i.e. using tobacco products) can stimulate CYP1A2 activity, an enzyme partially responsible for converting MDMA to MDA. This could potentially increase the amount MDA introduced into the system as well, however it has not been directly studied.

It's also possible that even if the metabolism of MDMA (even if it were pure) isn't impacted directly by grapefruit juice, pill binders would be impacted by the extra acidity it provides. When it comes to certain medications or even vitamins, binders are generally designed to break down inside the body for optimal absorption, and in some cases, slowly release the dose over a longer period of time. In illicitly manufactured ecstasy tablets, it is likely that the faster that a pill dissolves, the faster (and harder) the MDMA will then be felt.

Because there is a likelihood that other drugs are interacting in ravers’ systems within the window of MDMA use, it could be impacting the overall high. The frequency of MDMA use is also an important factor in the body’s ability to recover to a fully functional state–not completely ruling out that the frequency and/or quantity could have had longer term impacts on these bodily processes.

This suggests there’s an unknown field of knowledge around the many interactions that poly drug use may be creating inside us, and impacting drugs’ effects on our bodies. What enzymes would be impacted when we take into consideration many other commonly consumed substances, such as caffeine, alcohol, cannabis, prescription or even over-the-counter drugs (such as those containing DXM, which are already advised against when using MDMA and other drugs)? Would this increase or decrease the effects of MDMA? There is still so much that is unknown.

*Phoenix AKA Mohawk Greene (they/them) is a black, trans, anti-racist harm reduction educator and activist who leverages vast multimedia and online platforms (as @TheRebelEducationist) to advocate for people who use drugs and sensible drug policy reform. They provide education and no-nonsense radical perspectives about drugs, drug policy, and related topics through a restorative, comedic lens. They are also a skilled technologist and academic writer. Mohawk is the technical program manager at Next Distro, a Youth RISE board member, and former regional outreach coordinator for DanceSafe and president  of New York DanceSafe, Inc. They have collaborated with global harm reduction agencies such as ANKORS, Safe ‘n’ Sound, Unity, and Harmreduction South Africa.