If approved by the state, the vote will be held on November 3, the same day as the US presidential election.

A groundbreaking ballot initiative in the US state of Oregon could establish a health-focused approach to drug use and end the criminalisation of minor drug possession.

The proposed initiative, The Drug Addiction Treatment and Recovery Act, would increase access to health and harm reduction services, establish new treatment centres, eliminate criminal penalties for drug possession for personal use, and decrease other penalties. The newly-created health services would be primarily funded with tax revenue from the state’s legal cannabis trade, with upwards of $100million (£77.7m) per year. If passed, Oregon would be the first US state to end the criminalisation of minor drug possession.

The initiative is backed by Drug Policy Action (DPA), who has partnered with several national, state-level, and grassroots organisations in Oregon – including Human Rights Watch, the American Civil Liberties Union, Unite Oregon, and the Law Enforcement Action Partnership – to advance the measure.

The implementation of punitive drug policies in Oregon has been severely detrimental to health and justice in the state. Oregon currently ranks nearly last among US states in access to treatment, and – in 2017 – had a staggeringly high overdose death rate: 126 per million (the equivalent figure in England and Wales is 76 per million).

The impact of criminalisation

In 2017, law enforcement in the state made around 8,700 arrests for drug possession. Alongside incarceration, people convicted of drug possession and other low-level drug offenses can face many other consequences, including barriers to employment, housing, education, and other services. Despite a state population of a little over four million, Oregon spends at least $35million (£27million) per year on prosecuting people for drug possession, based on a study commissioned by DPA.

The policing of people for drug possession also disproportionately impacts people of colour.

In Oregon in 2016, Black people were more than twice as likely as white people to be convicted of felony drug possession despite no disparity in use, while Native Americans were convicted at five times the rate of white people.

Advocates for the initiative are confident that Oregonians will see the benefits of it. Theshia Naidoo, Managing Director of Criminal Justice Law and Policy at Drug Policy Action, said:

“Oregonians have always been early adopters of drug policies that shift the emphasis towards health and away from punishment. The idea behind this groundbreaking effort is simple: people suffering from addiction need help, not criminal punishments. Instead of arresting and jailing people for using drugs, the measure would fund a range of services to help people get their lives back on track.” 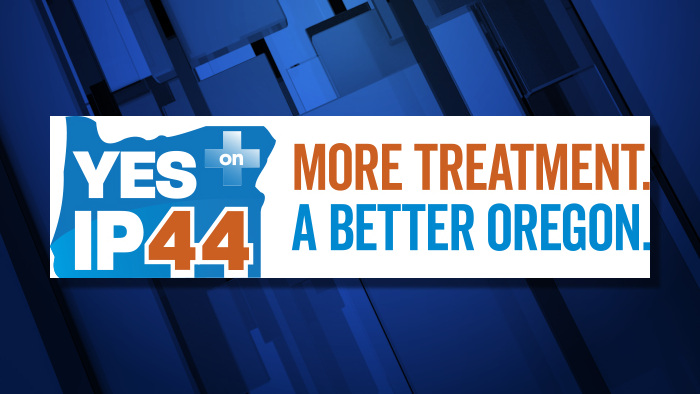 Drug Decriminalisation Across the World

While decriminalization may be groundbreaking in the US, it is far from revolutionary worldwide. As TalkingDrugs has extensively covered, some form of decriminalisation has been adopted in 29 countries around the globe.

The most prominent example may be that of Portugal, which ended the criminalization of all personal drug possession in 2001. Alike to the initiative in Oregon, the Portuguese decriminalisation law was accompanied by significant investment in harm reduction, treatment, and prevention. As a result, there were dramatic reductions in overdose deaths and the transmission of HIV, and an increase in access to voluntary drug dependence treatment. There has also been a reduction in prison overcrowding, with law enforcement being able to focus on high level trafficking and organised crime. The overdose death rate in Portugal is now four per million (31 times lower than the rate in Oregon).

As of early March, the Oregon campaign has collected 125,000 signatures – far exceeding the requisite 112,020 for it to qualify for the ballot. If approved by the state, the vote will be held on November 3, the same day as the US presidential election.

Find out more about the Drug Addiction Treatment and Recovery Act here.

Avinash Tharoor is Foundation Giving Coordinator at the Drug Policy Alliance, the 501c3 public education affiliate of Drug Policy Action, and the former editor of TalkingDrugs.