This article is a translated version of Energy Control's blogpost, which can be found here.

Without prejudices nor taboos.

In March 2020, a virus took over the planet, stopping all human activity. We isolated at home and forgot about any social contact beyond our own bubble. Over the months, slowly, a sort of normality was established. However, leisure and music places remain closed, while social gatherings are limited.

Human beings, like many other animal species, are social by nature, mainly because it is more likely to survive in groups. We need contact but not merely through social networks. We’re talking about human contact, skin to skin and looking into each other's eyes. The COVID-19 pandemic confined us, depriving us for months of that primary need for social contact. The excess of screens was undoubtedly exhausting. The arrival of the virus has also led to new forms of social interactions, such as physical distancing and limitations in the number of people one can meet up with, as well as in the times and spaces for social encounters. Undoubtedly, all this has left important consequences for the mental health of populations, especially of adolescents and young people.

It is in this unusual time of confinement and social distancing that we got to work on the ‘Nice People’ project, a video clip that offers hope for the reunion with the tribe where we can recover that social contact so vital to our health and survival.

We want it. We really want it. The desire for party, for live music, to meet again, to dance, to lose our minds. Too many months accumulating a euphoria that explodes with the reopening of leisure places and perhaps will make us forget to take the necessary precautions. For this reason, the song evokes different aspects such as:

But beyond the risks associated with the use of psychoactive substances in party contexts, there are other factors - such as the stigma and taboo around the use of non-regulated substances - that also might carry negative consequences and that we wanted to highlight. Therefore, for the chorus we have combined two well-known slogans.

On the one hand, 'Nice People Take Drugs', based on the campaign launched in 2009 by the British organisation Release. A campaign that was conceived to inspire a more honest discussion about drug use in our society while highlighting the stigma faced by people who use or have used illicit drugs. It is a motto that challenges you to think about the image you have of people who use drugs and confronts you with your own prejudices and stereotypes. Because the perception of people who consume certain drugs as "bad", "dangerous" or "immoral" persists, stubbornly. But there are also other labels in the collective imagination such as reckless, unwilling, hedonistic, addicted (using 'junkies' in a pejorative way) or poorly educated. The stigma and fear that people who use unregulated drugs feel is real. If you admit that you consume or it is discovered that you do, depending on the country in which you live, the consequences can be dire and might range from losing your job or housing, to losing your family or even your life.

The Nice People Take Drugs bus advert by Release in 2009

That’s why we adopt the slogan Nice People Take Drugs as a new way of approaching consumption from another narrative that helps break the stigma that surrounds drugs and the people who consume them. 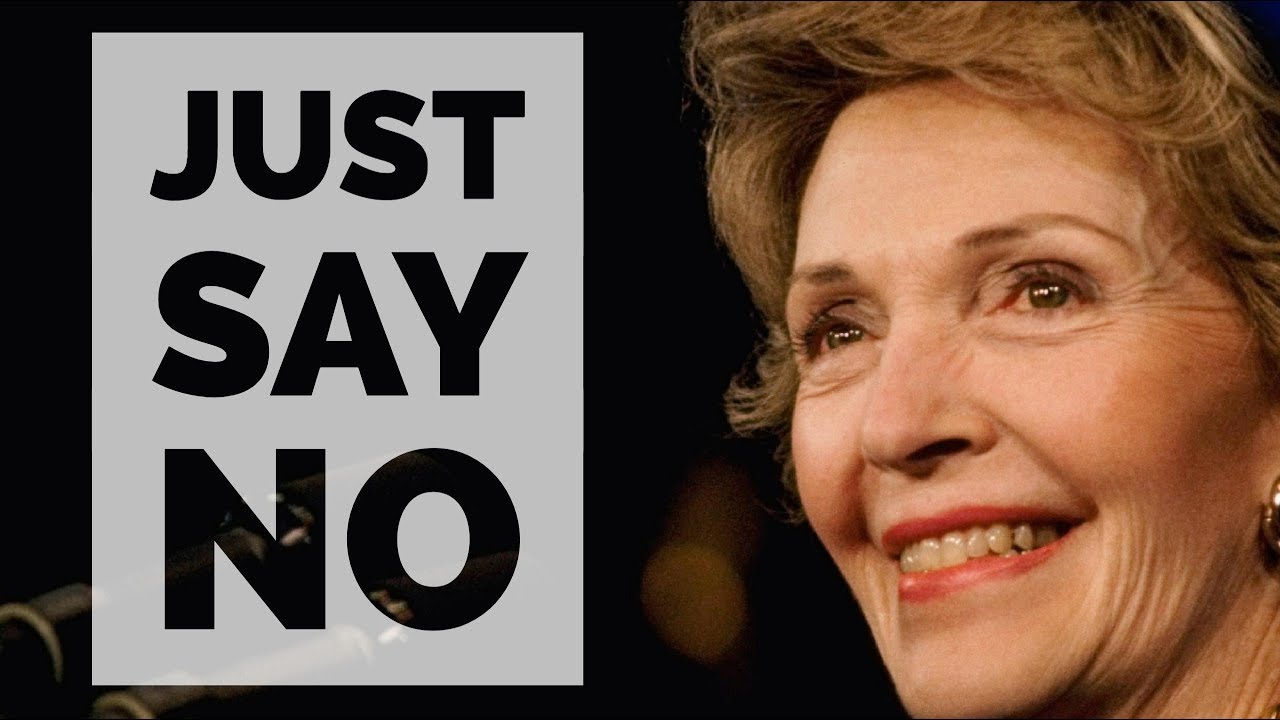 On the other hand, the 'Say Know, say perhaps' refers to the campaign ‘Just Say No’ that Nancy Reagan led in the 1980s to keep American youth away from drugs. With this new slogan and by playing on words we try to overcome the taboo and the information gap around drugs. Thus, the active search for information and knowledge is promoted as the fundamental step to know the risks and how to reduce them. Through ‘say know’ we want to give concrete answers to the needs of a population group that says ‘yes’ and that has traditionally been not only neglected but also persecuted and criminalized.

What about you, will you join the narrative shift?

Energy Control is a project which forms part of a Spanish NGO Asociación Bienestar y Desarrollo (Association For Well Being And Development). Energy Control was founded in Barcelona in 1997 as a pioneer project in Spain in the field of harm reduction associated to recreational drug use. Since then, we have been recognized and acknowledged by local, national and European institutions.