Soldiers uproot coca shrubs as part of a manual eradication operation in San Jose del Guaviare, Colombia, in March 2019. The amount of Colombian land where peasants and drug traffickers harvest the plant used to make cocaine has been steadily rising since 2013. (AP Photo/Fernando Vergara)

In the final presidential debate before the United States election, Democrat Joe Biden acknowledged the harmful effects of the war on drugs on racial minorities in the U.S. due to incarceration and police violence, and even suggested decriminalizing cocaine consumption.

But the immigration debate centred on familiar issues. Biden focused on the innocent children who got separated from their families at the U.S.-Mexico border. Trump focused on the “coyotes” — someone paid by migrants to illegally guide or assist them across the border — and drug cartels.

But neither made the link between immigration and the drug war, despite the substantial impact the U.S.-led war on drugs has had on the lives of people in Latin America.

Increasingly, people are crossing the U.S.-Mexico border to escape a cycle of violence to which the United States continues to contribute. Immigration is just the tip of the iceberg.

Murder rates in Latin America have skyrocketed since the 1980s and are still among the highest in the world. This is because Latin America became the battleground for the war on drugs.

Over the last 50 years, the U.S. government has pushed for increasingly restrictive international treaties on drugs, which paradoxically increased the profitability of cocaine.

In the 1980s, while Americans were locking up their fellow citizens for drug offences, the U.S. government decided to eradicate the production of coca plants and the sale of cocaine abroad. The U.S. provided political, military and financial support for Latin American governments to eradicate coca production, spraying the lands of peasant coca farmers, supporting police and militia violence against guerrilla movements and cracking down on drug businesses in urban centres.

American support for violence in Latin America is not new. During the Cold War, the U.S. supported military coups and civil wars in the region. But with the end of the Cold War and the democratization of Latin American countries, the war on drugs became a legitimate excuse for continued state violence as the illicit drug economy fuelled criminality.

These policies did not work. Drug prohibition, combined with continued consumption, has shifted but not dismantled the drug business. The largest consumer market is still the United States.

The war on drugs generates criminal and police violence in Latin America, and blurs the boundary between the two. Drug businesses create their own justice systems. 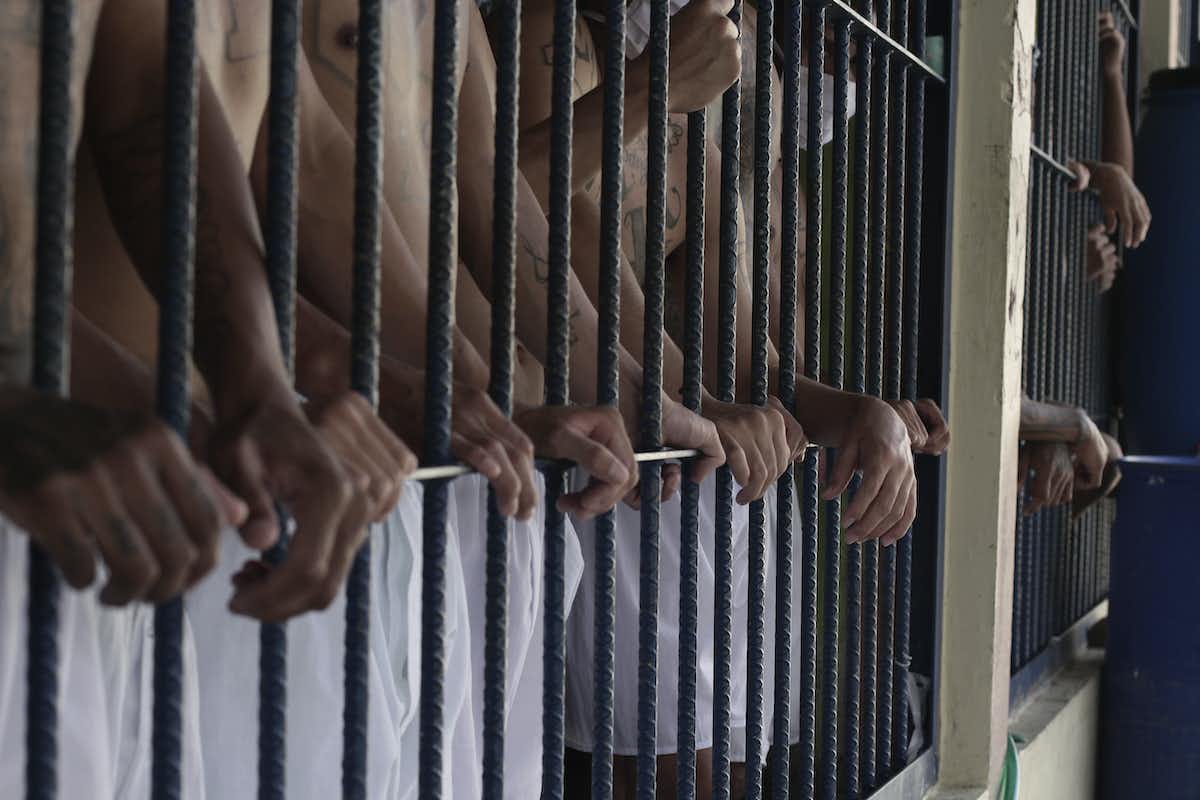 Imprisoned gang members stand behind bars during a media tour of the prison in Quezaltepeque, El Salvador, in September 2020. (AP Photo/Salvador Melendez)

There’s no point calling the police to help you resolve an illegal business transaction. Drug dealers would rather act as the police than have someone else call the police into their neighbourhoods.

Combined with the war on drugs, domestic tough-on-crime and restrictive immigration policies in the U.S. generate a vicious cycle of displacement and violence on both sides of the U.S.-Mexico border. 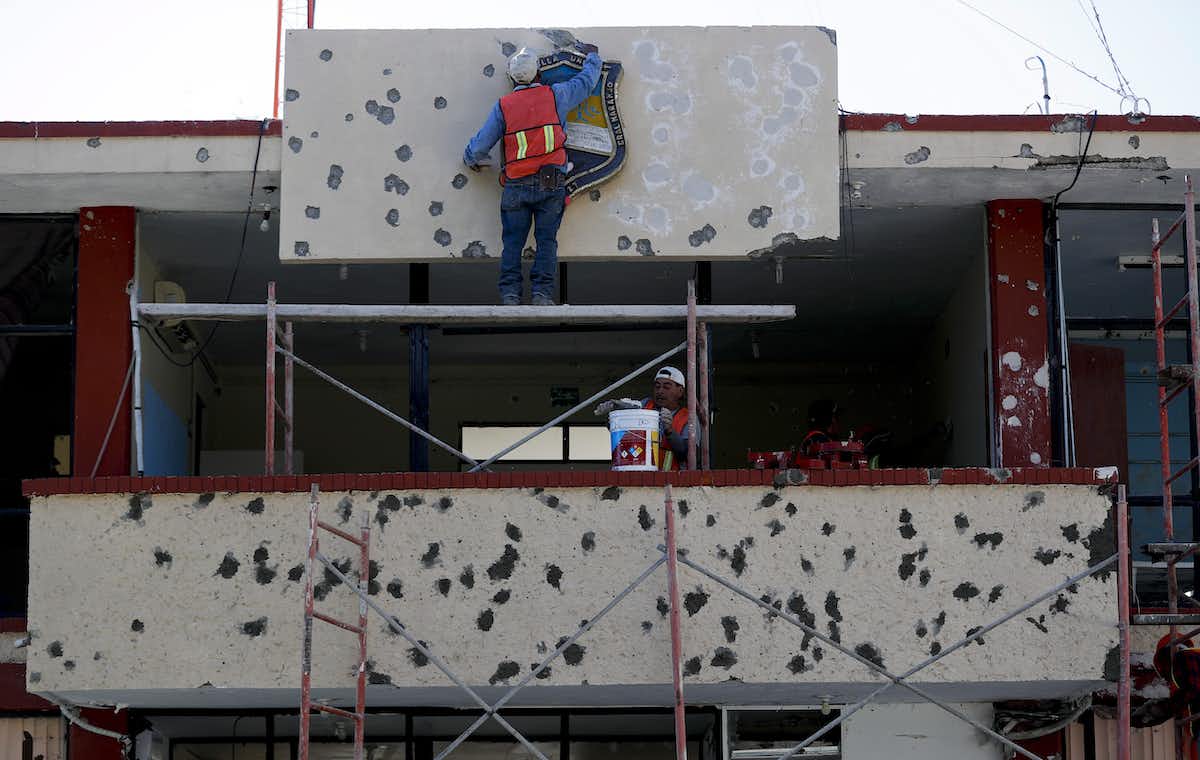 Workers repair the facade of City Hall riddled with bullet holes in Villa Union, Mexico, in December 2019. The small town was the site of violence after 22 people were killed in a weekend gun battle between a heavily armed drug cartel assault group and security forces. (AP Photo/Eduardo Verdugo)

Greater border enforcement means that more immigrants have to depend on human smuggling organizations, and pass through territories controlled by drug traffickers, to make the crossing. But these relationships go deeper.

As the book Space of Detention by American cultural anthropologist Elana Zilberg explains, the first wave of Salvadorean refugees to the U.S. were escaping the American-backed civil war and political repression of the 1980s.

Some of these refugees’ adult children joined youth gangs, and were imprisoned and deported from the U.S. due to toughening anti-drug and immigration policies. As they arrived in their parents’ country, one they barely knew, they influenced local youth culture, symbols and gang affiliations, creating transnational youth gangs known as maras.

Maras were then violently repressed by Salvadorean policies that were modelled on U.S. drug/gang measures, including persecuting young adults if they had tattoos.

Police and criminal violence has generated more insecurity, leading some Salvadorean youth to seek refuge in Mexico and the United States.

U.S. conservatives cite criminal violence in Latin America to deny migrants fleeing that violence the right to asylum, and as an excuse to enforce draconian immigration, policing and deportation policies, which in turn exacerbate the same problems that they’re ostensibly aimed at solving.

Whether these immigrants are members of gangs, are carrying drugs, have learned how to be violent or are innocent victims is beside the point. The point is that the American public should no longer pretend that the United States hasn’t played a critical role in creating and fuelling this violence. The violence doesn’t only go in a south-north direction.