UK Drug Policy is Fuelling an HIV Outbreak in Scotland The UK Government’s continued opposition to the introduction of drug consumption rooms is fuelling an HIV outbreak in Scotland.

Scotland is enduring some of the worst consequences of the UK’s national drug policy. The rate of drug-related deaths in Scotland is eight-times the EU average, and close to three-times the rates of England, Wales, or Northern Ireland. Alongside this spiralling number of deaths, Glasgow – Scotland’s most populous city – is now seeing a resurgence in HIV, with people who use drugs bearing the brunt of the outbreak. Over 100 cases of HIV among people who inject drugs have been linked to this outbreak so far. 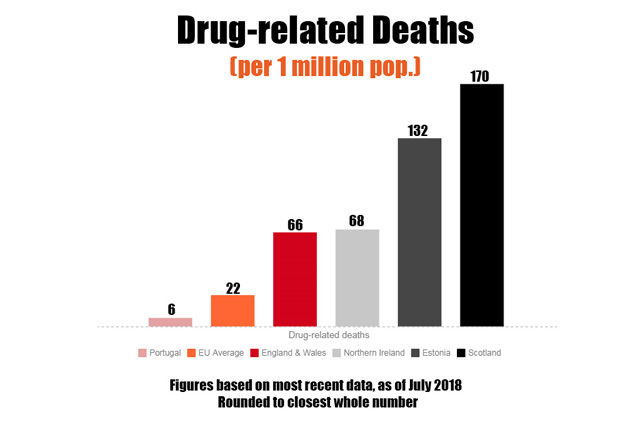 A new policy briefing published by the National AIDS Trust (NAT) warned that attempts to reduce the spread of HIV have been “hindered due to a number of issues, in particular the UK Government preventing the opening of a Drug Consumption Room (DCR) in the city and the closure of one of the main needle exchange services in Glasgow”.

A DCR would reduce the spread of HIV as it would allow people who inject drugs to do so with sterile equipment in a safe environment, overseen by medical professionals who ensure that injecting equipment is never shared or contaminated.

As well as helping contain HIV’s spread, a DCR in Glasgow would reduce the city’s soaring drug-related death rate – which is ten-times higher than London’s – as those who experience overdoses can be immediately attended to. Across all ten countries that have introduced DCRs, not a single person has died of a drug overdose in one.

Other benefits of DCRs include a reduction in potentially-hazardous drug litter in public, reduced pressure on emergency services, reduced crime, as well as economic benefits. It is, therefore, unsurprising that DCRs have gained considerable support in Glasgow.

“[Glasgow’s NHS board] have recommended a DCR is implemented in Glasgow, and the initiative is supported by a range of stakeholders including the majority of MSPs and the local authority,” NAT’s briefing notes. “We call on the Government to allow the opening of a DCR in Glasgow either through an amendment to the Misuse of Drugs Act 1971 or by devolving law in relation to drug policy to the Scottish Parliament”. 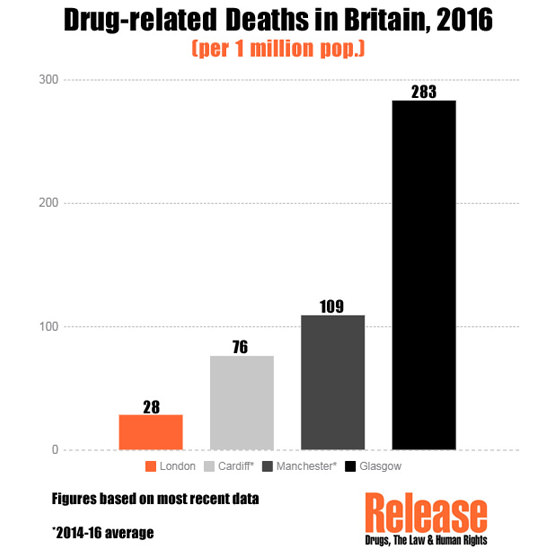 Despite these calls, the UK Government continues to oppose reform or devolution. Victoria Atkins, the minister in charge of drugs, recently said the Government would not endorse DCRs due to her concerns about "the challenges that DCRs place on law enforcement agencies as well as the implied acceptance of wider criminality". There is, however, no evidence that DCRs increase pressure on law enforcement. Rather, evidence suggests the opposite – DCRs allows police to concentrate on serious crime, while simultaneously allowing people under the influence of drugs to stay in a controlled environment.

A July 6 statement by the policing minister Nick Hurd hinted at a potential change in the government’s approach. When asked a question on festival drug checking, Hurd described this harm reduction approach as "local operating decisions that we [the Government] are not standing in the way of", despite acknowledging the illegality of drug possession. The sentiment expressed could be equally applied to DCRs.

With continued pressure, the Government may soon accept that DCRs are an important health-focused approach for countering the spread of HIV and reducing Scotland’s rate of drug-related deaths.