Drug law enforcement in the country has become increasingly militarised in recent years, with soldiers and police officers working together to raid, arrest, and - in many instances - kill people allegedly involved with drug trafficking. The country's homicide rate - 27 per 100,000 - is over four times the global average, and higher than the rates of neighbouring Colombia, Bolivia, and Peru – all of which are key cocaine-producing countries.

Domestic drug consumption is also on the rise in Brazil and, despite legislative attempts to decriminalise possession, people who use drugs continue to be criminalised and incarcerated. The country currently has the fourth largest prison population in the world.

The human rights and health crises resulting from drug prohibition will no doubt be a key consideration for Brazilians when they vote in the general election on October 7, and there is significant divergence in how to address this issue among the three leading candidates: Jair Bolsonaro, Fernando Haddad, and Ciro Gomes.

UPDATE (October 8): Jair Bolsonaro won the first round of the presidential election. He will face Fernando Haddad in the second round of voting on 28 October. 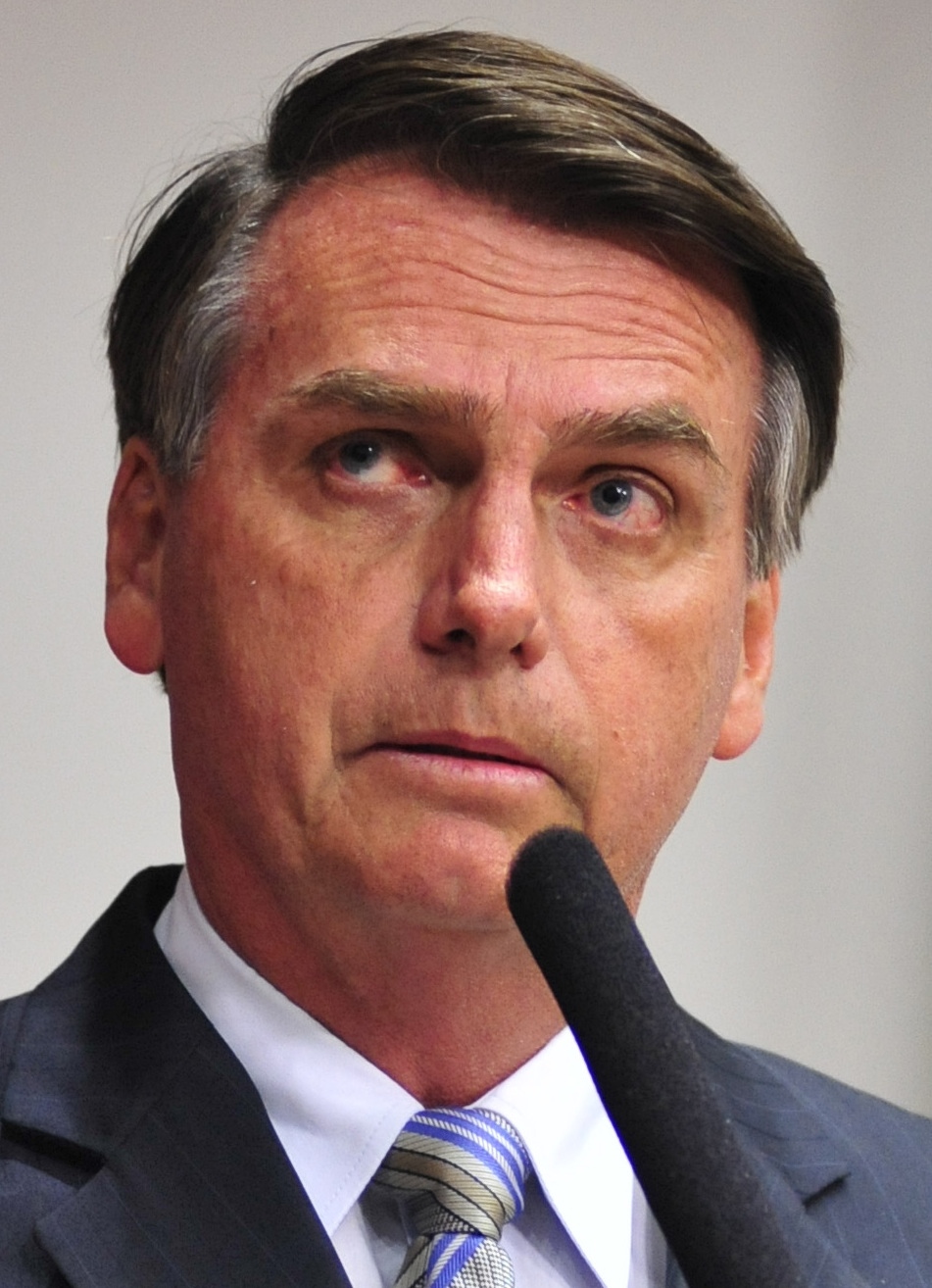 Jair Bolsonaro, currently leading the polls, is a polarising figure in the country – known among some as the “Trump of Brazil” because of his right-wing, populist views. He unequivocally favours intensifying the crackdown on people involved with drugs.

Bolsonaro has, on numerous occasions, said that police should kill people suspected of drug trafficking.

He draws his inspiration from President Rodrigo Duterte of the Philippines, whose hard-line approach has led to over 12,000 deaths of people for alleged involvement with drugs. Bolsonaro has said that Duterte “did the right thing for his country”.

Currently, the Brazilian military is involved in targeting drug cartels, but Bolsonaro wants to further integrate soldiers’ role into drug law enforcement; “in the streets, in the schools even, the bandidos [bandits] sell drugs and smoke marijuana openly” he asserts, “for that reason, it would be good to have military in the schools”.

Bolsonaro has opposed cannabis legalisation, claiming it would “[benefit] traffickers, rapists and hostage takers". He has also claimed that drug use causes people to become gay, in a bizarre homophobic tirade. 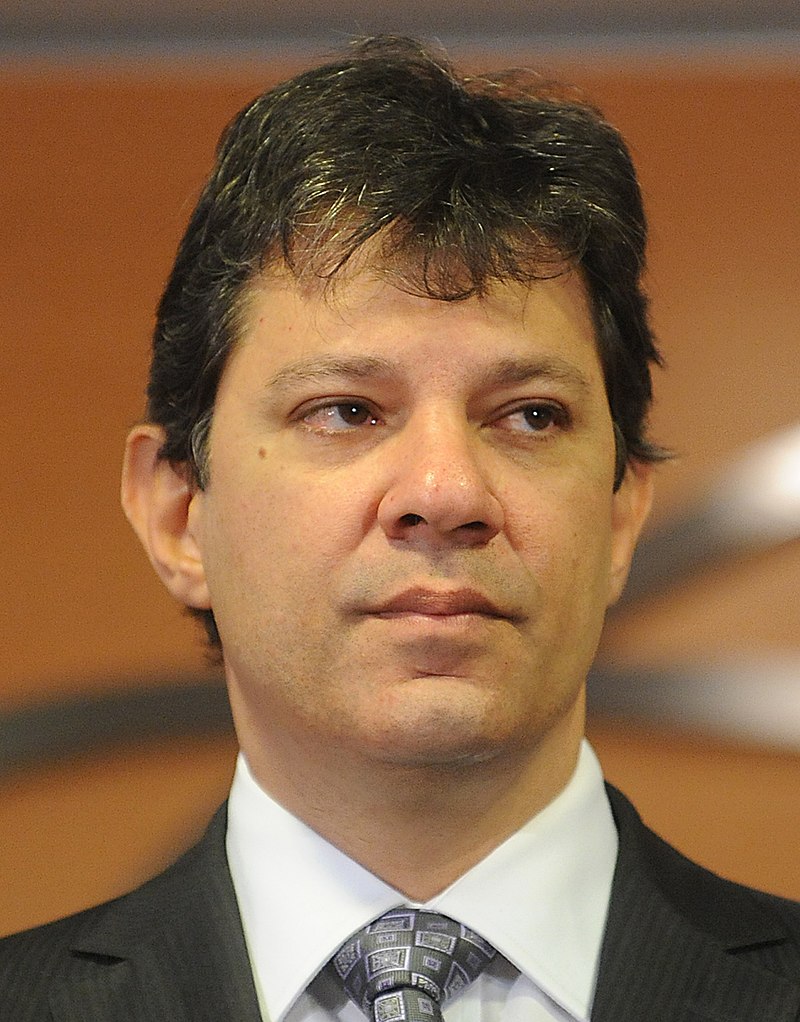 Fernando Haddad, former mayor of Sao Paulo, offers a more measured approach to drug policy than Bolsonaro. While he has not called for the decriminalisation of drug possession, he has supported a public health approach to drug use.

In an interview with El Pais, Haddad said his party – the Workers’ Party – treated drug use as a “public health issue”, and insisted that it “is necessary to analyse the issue with a more scientific, more pragmatic and less fundamentalist vision, seeking concrete objectives, such as improving the health of the population”.

He denounced the mass criminalisation of people who use drugs, saying that “we are deceiving people [into thinking] that we are fighting something. We're not fighting anything, we're losing the war.”

While Mayor of Sao Paulo, Haddad introduced a controversial and highly-successful programme to help homeless people who use crack cocaine in the city. As TalkingDrugs reported, the scheme - With Open Arms (De Braços Abertos) – provided people with housing in nearby hotel rooms, daily meals at a local diner, access to healthcare facilities, and the opportunity to work and earn an income through cleaning. Importantly, the programme’s beneficiaries were able to use the provisions without being required to abstain from drug use. Despite the approach's success at reducing drug-related harms, Haddad's mayoral successor - João Doria - has scaled back the programme.

UPDATE (October 8): Gomes is no longer in the running. The second round of voting will be between Bolsonaro and Haddad.

Ciro Gomes, candidate of the left-wing Democratic Labour Party, has only spoken briefly on the subject, but has endorsed decriminalisation.

In an interview with journalist Glenn Greenwald, Gomes said that “the policy of criminalising drugs - the war on drugs - is a failure.”

“It’s a gross mistake to be jailing young people who are small time dealers who, in reality, are being offered to the police by the big traffickers – or to be killed off and turned into statistics. We have to stop this incarceration.”

UPDATE (October 8): Jair Bolsonaro won the first round of the presidential election. He will face Fernando Haddad in the second round of voting on 28 October.