A volunteer for the Gay Men’s Health Collective (GMHC), I write for its health and wellbeing website MENRUS.CO.UK. By diving into some of our work, I hope to explain how a small volunteer-led gay men’s health project has embarked on an absurdly ambitious programme of safer chemsex harm reduction.

MENRUS.CO.UK is GMHC’s primary project and believed to be the first of its kind in the UK to approach gay men’s health holistically rather than through the lens of single issues like HIV, coming out, or hate crime. It was conceived by a small group of gay men in 2010 concerned about the lack of information on HIV and Hepatitis C co-infection (there was virtually nothing at the time), three new-ish drugs: GHB, crystal meth, and mephedrone, and my wish for a follow-up to my gay men’s health manual “Together: Love, Life and Lube” which I was writing at the time. 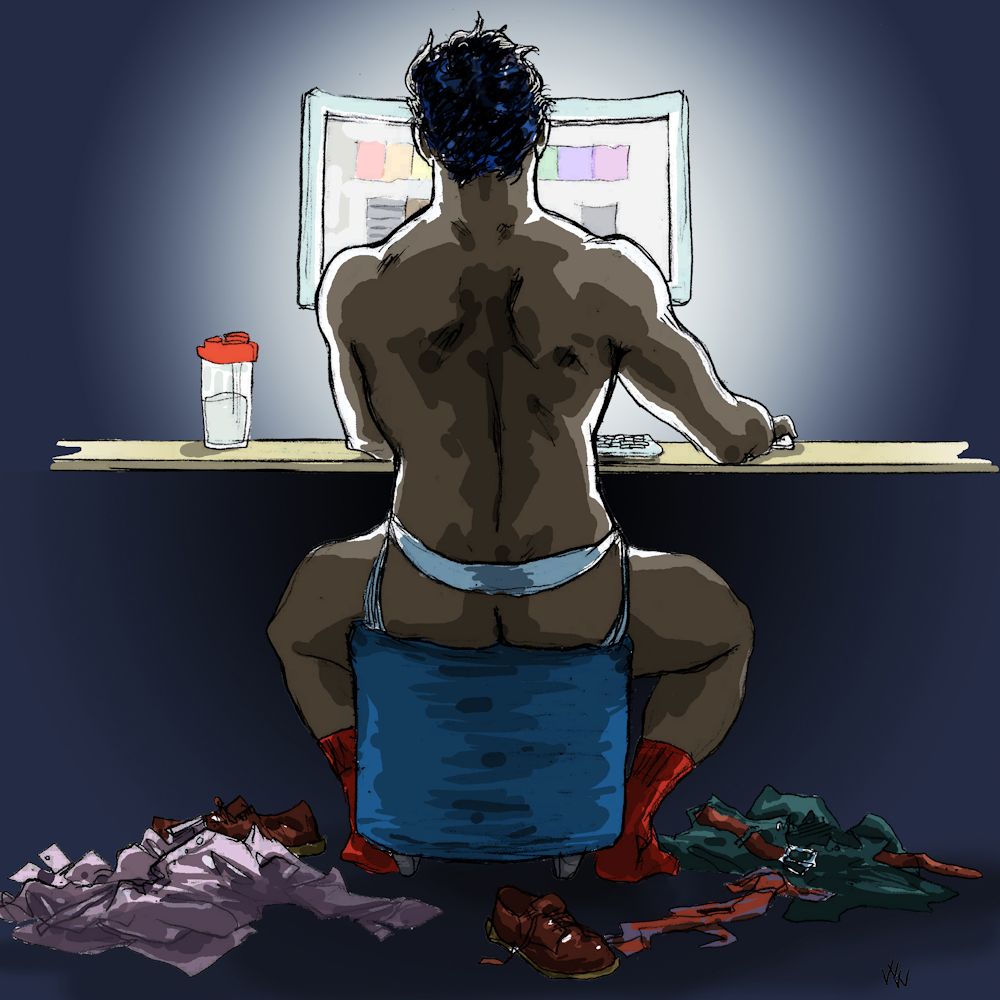 It took five years before the website would be online. Today, MENRUS.CO.UK is four times its original size with content on 867 topics under six sections: YOU, MEN, BODY, SEX, STI and DRUGS. The focus on chemsex and harm reduction is very much intact under DRUGS. MENRUS.CO.UK also maintains listings of drugs and alcohol, sexual health, mental health and accident and emergency services in London (including links to UK databases) providing gay men with dependable pathways to the support they need. We also detailed Metropolitan Police Service (MPS) walk-in police stations and custody suites. As the Met don’t list either on its website, this information was sourced from FOI requests, and proved to be one the most frustrating pieces of research we have undertaken.

GMHC also make short health related films via Three Flying Piglets and in 2014 we innovated PIP PAC safer chemsex packs which are distributed nationally. We are relative newbies to harm reduction so much of our work would not be possible without our friends and allies at Release, Harm Reduction International (HRI), Exchange Supplies, Injecting Advice and Mainline who have welcomed us into the fold. I would also like to give a shout out to the European Chemsex Forum which is an extraordinary collaboration, delivering its 3rd conference in Paris where GMHC presented in 2019.

There is ample anecdotal evidence that gay men don’t call for an ambulance fearful the police will turn up as well. In late 2020, MENRUS.CO.UK ran a short survey to get a clearer picture about this. Granted, it is only a snapshot but it does support the evidence that gay men can find themselves caught between a rock and a hard place.

These findings should not come as a surprise; the Metropolitan Police Service (MPS) say in its guidance on chemsex that it works with the emergency services to work out when they need to attend if they are called. However, I would also remind gay men that (typically) the role of a police service is to maintain public order, reinforce the law, and detect and investigate crime. I mention this because you will not find this put simply on the MPS website. In my experience, this doesn’t necessarily mean that individuals within the MPS can’t be friendly, or work with the LGBT+ community, or even be allies, but they are not ‘our friend’. Gay men need to understand this better, and make the distinction between an officer at Pride and the same officer asking questions at your front door in the early hours. If you call for an ambulance in a chemsex overdose situation, you should also expect the police; it’s what they’re trained to do.

Arguably, the police should not be trained to administer public health support such as in the case of an overdose. Drug policy reformers have been campaigning for an end to the criminalisation of people who use drugs for decades. There is also a long history of LGBT communities organising for safe communities without relying solely on the police. But as abolitionists point out, we must organise to build alternatives, including redistributing funding for criminal justice into community health and non punitive initiatives. As the harm reduction philosophy goes, “Support. Don’t Punish”.

Content warning! The following paragraphs detail 58 cases of death involving GHB and the review process undertaken by the MPS. Those who may feel triggered by such information may wish to skip ahead to the next section.

In 2016, Stephen Port was convicted of the murders of Anthony Walgate (23), Gabriel Kovari (22), Daniel Whitworth (21) and Jack Taylor (25) between June 2014 and September 2015. They died in Barking and Dagenham after being poisoned by Port with GHB. By all accounts, the handling of these cases was a monumental cock-up but we await a final report by the MPS, put back by the coroner’s inquest which in turn has been put back by the COVID-19 pandemic.

The MPS was asked by the LGBT+ Independent Advisory Group to examine whether 58 cases of death involving GHB from across London between 2011 and 2015 had any connection with Port. The resulting document Review of GHB Deaths (2011-15) concluded there were no indications that Port was involved in any of the deaths or was known to any of the people who had died. It appeared that some of the cases may have been linked by having drug suppliers in common. The MPS would investigate further.

Each case was thoroughly reinvestigated by a specialist homicide team. The findings from each reinvestigated case were presented individually case by case by the reviewing detectives to a panel comprising senior MPS homicide officers and representatives from the LGBT+ IAG. Of the 58 cases one person who died was a woman, the rest were men. On reinvestigation two cases were found not to have been due to GHB poisoning after all. The analysis following applies to the other 55 men:

The prosecutions of Stephen Port, Gerald Matovu and Brandon Dunbar also illustrates that in addition to recreational use of GHB by gay men, social networks were being used to access victims and supply drugs for financial gain. This has also been reported by BuzzFeed news in a series of features by Patrick Strudwick.

The statistics, while depressing enough in themselves, do not reflect the bleakness of the panel’s task of reviewing case after case in detail where in the end someone died. Panel members including homicide officers needed regular breaks to regain some sense of perspective. These were deaths too, not caused by say a road or industrial account, knife attack or illness but after the use of recreational drugs; in some cases involving problematic drug use and underlying health issues.

Most of the men who died left families and friends to whom the circumstances of the deaths came as a shock. A significant proportion of the men were from overseas and background information, in some cases, gave indications that they may have come to the UK for a new start and to escape social and financial pressures at home - only to die alone in London. In most cases the men who died were in the company of friends or partners. There were harrowing accounts in the files of them facing the realisation that someone was dying there in their home, of their frantic attempts to revive them and then the rising sense of panic as they waited for emergency services to arrive.

Released in December 2020, the report concludes: “It is possible that greater public awareness, especially with regard to the need for prompt medical intervention, would have a positive impact on mortality rates.”

As TalkingDrugs has previously reported, particular public narratives around GHB that erroneously label it as the “Date-Rape Drug” are often weaponised against the people who use it, most recently in relation to the looming reclassification of GHB to a class B drug. It is important to make distinctions between the reality of sexual and egregious bodily violence and the use of drugs, including GHB and alcohol, as a tool in such instances of violence. Heightened policing following reclassification will do nothing to make gay men safer, nor eradicate the violence of the men who do use it to harm.

Troubled by the absence of chemsex harm reduction public health messaging, MENRUS.CO.UK launched "G Aware: Our Lives Depend On It" social media campaign on St Valentine's Day 2020, spearheaded by four 30-second film messages. The campaign also sought to clarify confusing information on notable websites (with chemsex information) such as the difference between GBL and GHB, dose amounts, and how ‘G’ is used to spike both drinks and lubricant. In fact, at the time, we said “We actively encourage our colleagues and partners in the chemsex field to review and update their safer chemsex information, ensuring gay men are provided with consistent harm reduction, signposting, advice and support”. Feedback to the campaign from our peers was muted, though our November 2020 "Play Safer" campaign gathered a little more traction. Undeterred, MENRUS.CO.UK will launch a “Hook-up Safer” campaign in May 2021. 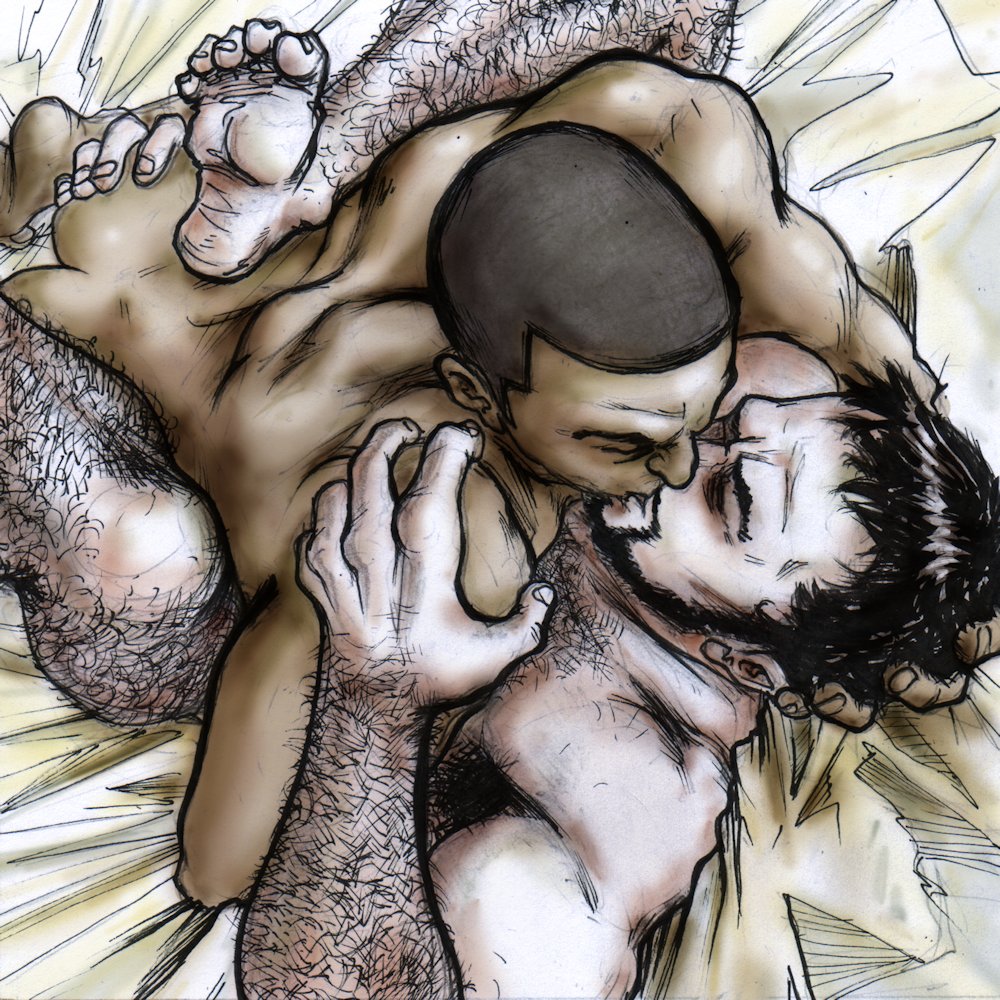 On a related note, we noticed an alarming error on the FRANK website. The page “What to do in an emergency” used to read “If you’re with someone who needs medical help, call an ambulance, and tell the crew everything you know about the drugs taken, it could save their life. If you have any drugs left, hand them over to the crew as it may help. They won’t tell the police.” In November 2020, MENRUS.CO.UK contacted Public Health England (who manage FRANK) to say that this was untrue. Shortly afterwards the sentence was changed and now reads “In most circumstances, they won’t tell the police.” It’s astonishing that this error went unchecked for years, we presume. Goodness knows how many people have read and believed the original message.

In our experience, some gay men who engage in chemsex can oversimplify risks they take, or be unaware of the implications should things go wrong. Some lack the skills to navigate today’s 24/7 hook-up culture more safely. Others find themselves caught between a rock and hard place because they don’t understand the reach of police powers. But it also feels like death by a thousand cuts as the media finds new ways to weave the next chemsex scandal ‘tastefully’ into the news cycle; and, personally, I could not bear to read another report on chemsex related fatalities. So, in response to these and other issues, our harm reduction campaigns continue to encourage gay men to:

I have probably fretted a little too much that this article doesn’t have an inspirational life changing final paragraph, but as friend reading this article yesterday said, “these five bullet points will do nicely.” He’s right.

* In a career spanning three decades in the HIV/AIDS and gay men’s health fields, Patriic Gayle is an accomplished trainer, educator and outreach worker. Dragged kicking and screaming from semi-retirement, Patriic co-founded the Gay Men’s Health Collective in 2010 where he’s lead writer for MEN R US (an online life manual for gay and bi men), a producer for THREE FLYING PIGLETS (making affordable films for the LGBT+ community) and coordinates PIP PAC (safer chemsex/ harm reduction packs for individuals and drug services). This acerbic bear of a man is as charming as he is curmudgeonly with a remarkable knowledge of gay men’s health, and an unwavering ability to connect gay men with their health issues.

**Special thanks to Bob Hodgson