Drug Policy, Law Enforcement, and The Monetisation of State Violence in Brazil The “reality” police show genre portrays the civil society as a potential mob and depicts police officers as warriors who risk their lives to keep the order. Source: screenshot from YouTube.

As copaganda thrives under prohibition, the different ways that the state apparatus of violence exercises its power and profits from it continues to multiply.

Last year, right after the white Minneapolis ex-police officer Derek Chauvin murdered George Floyd, a Black citizen, the long-running show Cops was discontinued. While reading about it I confess that I felt, at least for a few moments, that we had gotten to the closing of an age. I have suspended my usual suspicion and thought: “well, the primetime copaganda years are over. Broadcast companies are starting to realise that it enables and condones spectacularised violence against citizens. We are really living in the defund and abolish age.” My optimism did not last for too long, though. Even though Cops was a major symbol of the “reality” police show genre, its discontinuation did not spark a sequence of cancellations as I expected. Rather, a few months after the announcement of its discontinuation, new episodes began being filmed. Right-wing American multimedia company Fox resurrected the show and is now streaming it on its platform. They are even offering police officers one year of free subscription to the service.

A few days after moving to the UK, in October 2020, I was skipping channels on the television when my attention was caught by that cliché, dreadful scene on the screen. A car on the highway. An aerial camera following the vehicle as it passes by a patrol car that was strategically parked on the road’s shoulder. With invasive automated tag reading technology, the officers in the patrol car identify a suspect. They switch on the lights and set off after the vehicle. These were scenes from Traffic Cops, a British copaganda show aired since 2003, first on BBC One and currently on Channel 5. As we can see, the police-as-saviours-of-the-society genre is alive and kicking on both sides of the Atlantic.

Drug Wars And The Monetisation of Police Violence in Brazil 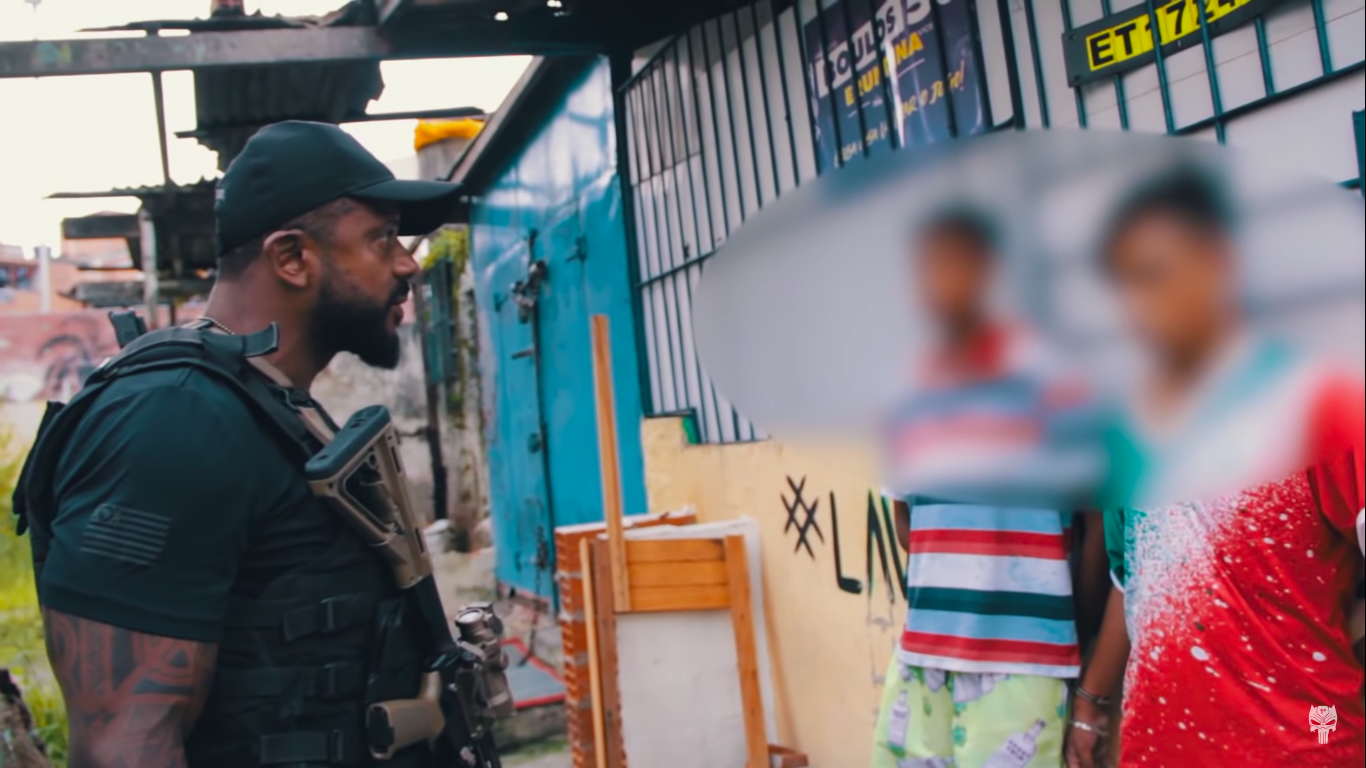 Police Chief and YouTuber Da Cunha has been suspended from duty recently after enacting, recording, and uploading a series of fake operations depicting himself as a Rambo-like drug wars soldier. Source: Delegado Da Cunha’s YouTube Channel.

In Brazil there is a long tradition of sensationalist investigative journalism in which police routine is main attraction. These shows are broadcast during lunch and dinner time, typically when Brazilians are watching television. TV sets are a mandatory item of Brazilian kitchens and restaurants. Between spoonfuls of food, children can watch corpses, pools of blood, shirtless men handcuffed and arrested for possessing a few grams of cocaine, cops pointing shotguns at people and other scenes of violence and desperation. All of this violence and police propaganda attracts viewers, and its large audience, in turn, attracts investors. Some hosts and show have dozens of sponsors, a fact that really tells a story about how police brutality and social unrest are profitable businesses not only for the weapons industry, private prison entrepreneurs, and governments.

The fascination with televised police operations is so widespread in Brazil that it is not surprising when a cop realises that they can further monetise their work routine—and that they can even enact make-believe operations to fatten their pockets. Using the State of São Paulo’s Civil Police uniform, guns, and a bulletproof vest stylised with a Punisher logo, Police Chief Da Cunha created a character who brings his followers to the very crime scenes where he confronts alleged drug dealers, kingpins, and most wanted types. Da Cunha invested heavily in his “reality” shows. He hired a cinematographer to capture and edit footage. He conducted a one-man-army operation in the infamous Cracolândia. He also faked the arrest of a famous wanted criminal.

Da Cunha has millions of followers on his YouTube channel, many of whom are showing support and appreciation for what they understand to be a police chief’s contribution to the eradication of crime. The so-called “criminals” in Da Cunha’s stories, though, are homeless people who use drugs, kids allegedly caught selling very small amounts of cannabis, and actors pretending to be other people. The exploitation of hardship by the police officer, be it real or enacted, yields him a monthly profit of circa £45,000. Not bad in a country where the minimum wage is £115 per month, drug harm reduction services are underfunded and where hunger and poverty have grown due to the government’s mismanagement of the COVID-19 pandemic.

The police chief was recently suspended from his duties and might face a lawsuit. But by now he has already gathered a following, became affiliated to a right-wing party and is ready to run for a seat in the chamber of deputies in 2022. Those who remember the trajectory of the army captain who was expelled from the force, then jumped from right-wing party to farther-right-wing party until he reached the presidency may have reasons to believe that Brazilian militarism and culture of punishment continues to spawn monsters.