The West Africa Commission on Drugs was convened by the late Kofi Annan (Source: Flickr)

A distinguished group of health and policy experts have published a “model law” for decriminalising drug possession and reducing the harms of the drug war in West Africa.

The document was published by the West Africa Commission on Drugs (WACD), a group first convened by former United Nations Secretary General Kofi Annan, who passed away in August. Annan had long-criticised the global war on drugs, once stating: “I believe that drugs have destroyed many lives, but wrong government policies have destroyed many more”.

The WACD is currently chaired by Olusegun Obasanjo, former president of Nigeria, who decried the region’s current approach to drug policy at the document’s launch in Dakar, Senegal on 11 September: "West Africa faces three dangers from drugs: organised crime, corruption, and harms to people who use drugs,” he warned, “Our current drug laws increase those harms rather than help".

The WACD’s new document is primarily comprised of a detailed Model Drug Law (MDL) – a template legislation offered to governments of West Africa to consider implementing in their countries, aimed at offsetting the harms that Obasanjo described.

A key purpose of the MDL, the WACD state, “is to reinforce the central purpose of the international drug conventions - protecting the health and welfare of humankind”. The MDL intends to achieve this by ensuring public access to essential medicines – including opioids and other drugs which are currently restricted due to prohibitionist drug laws – as well as by “controlling” non-medical drug use and reducing associated harms.

The WACD do not advocate for the legal regulation of drugs or an end to global drug prohibition. The MDL notes that decriminalisation benefits society partly because it allows law enforcement to focus on unauthorised drug production and trafficking offences.

“For drug use, and possession of drugs for personal use, alternatives to conviction and punishment are needed, to allow law enforcement to focus on the most serious drug offenses and in particular organized crime and high-level corruption. […] Given the trans-border nature of most drug trafficking, no one country can solve problems by itself and a harmonization of drug policy across the region will be the most effective approach.” 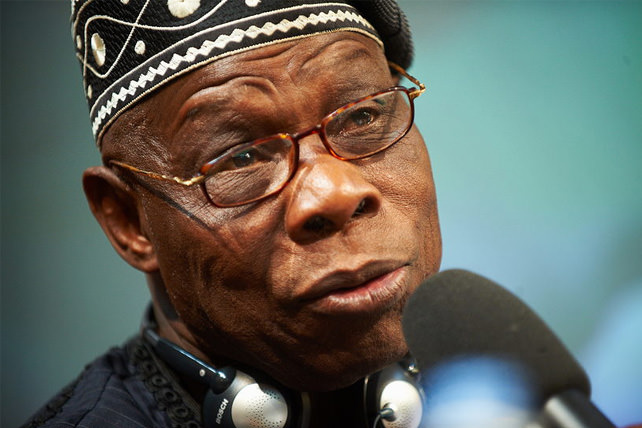 The report was launched by WACD chair and former president of Nigeria, Olusegun Obasanjo (Source: Friends of Europe)

The WACD also insist that a range of safeguards must be legislatively entrenched to prevent the human rights abuses that take place under contemporary drug laws across West Africa, and indeed across the world.

The MDL notes that all police searches of people for drugs “must be carried out in accordance with the law, and in a manner consistent with the inherent dignity of the person and the right to privacy”, that body searches must be “conducted by an officer of the same sex as the suspect”, and that all data relating to searches must be accurately recorded at the time of the search.

The document also stipulates that “Equipment used or suspected of being used in the consumption of drugs is not subject to seizure or destruction merely by reason of it being possessed or supplied for such use”; which would prevent corrupt law enforcement officers misusing drug laws to justify confiscating people’s property.

The MDL outlines that all convicted people, regardless of the severity of their drug offence, must be treated fairly and with dignity during their incarceration, and that proportionate sentencing – rather than mandatory minimum sentences – should be imposed. The WACD firmly oppose the death penalty being used for drug offences; although this is only briefly touched upon in the MDL, as no West African country currently permits capital punishment for drug offences.

Decriminalisation of personal drug possession exists in some form in over a dozen countries and has led to significant success. Since Portugal decriminalised the personal possession and use of all drugs in 2001, drug use has declined among young people, recent drug use has declined among the general population, there has been a sharp drop in HIV diagnoses attributed to drug injecting, and drug-related deaths have decreased significantly to one of the lowest rates in the EU.

“I welcome the move to decriminalise drug use in my home country, Ghana. The use of drugs is harmful but reducing the harm is a task for the public health system, not the courts. We all want to protect our families from the potential harm of drugs. But if our children do develop a drug problem, surely we will want them cared for as patients in need of treatment and not branded as criminals. I therefore hope that a strengthening of treatment services in Ghana will accompany this change in policy.”

While Annan did not live to see drug decriminalisation introduced in West Africa, the legislative blueprint put forward by the WACD’s Model Drug Law has firmly put the prospect on the horizon.